He was born on the outskirts of the City. From childhood, all he remembered was hunger, cold and dirt. Food was always scarce in their family. Sometimes he read old cookbooks to imagine tasty and fulfilling dishes. As soon as he grew enough to understand something, he wanted to help his family overcome poverty. 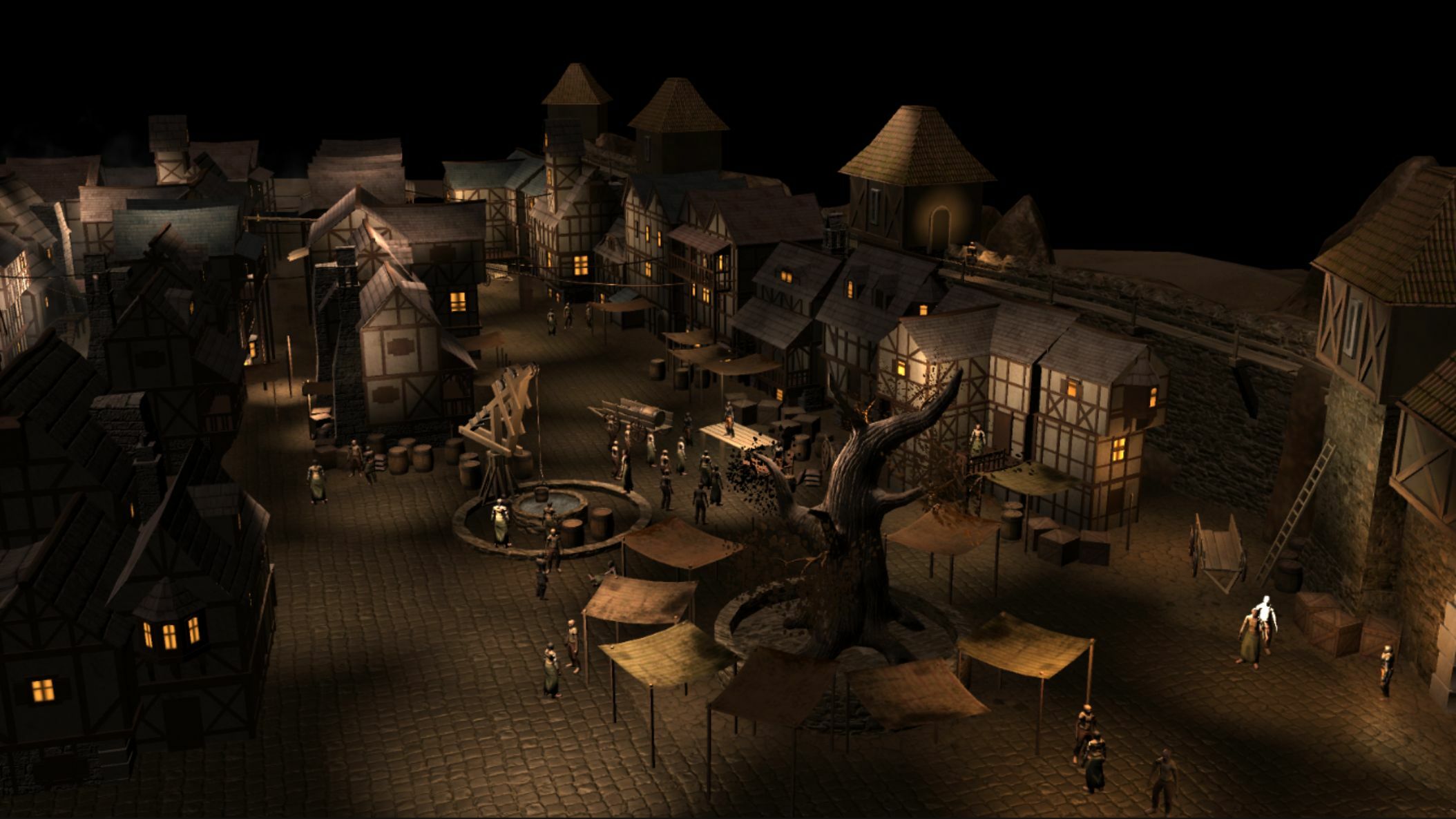 The first time he saw Gatewalkers was when his mother took him to the main square. It was announced that the warriors brought some extra meat. He and his mother pushed through the crowd but couldn’t see anything. Masses of hungry people crowded and nobody paid attention to others. It was nothing to be surprised about. After all, can you take care of someone else when you don’t know if you will survive another day?

As soon as the Gatewalkers arrived, the crowd was in turmoil. The boy wanted to see them very much, so, ignoring his mother’s screams, he tore his hand from her grip and ran away. He passed the crowd and ran down the street. He climbed the nearest tree and finally saw them.

Two men and two women. They transported the meat in a cart on wheels and distributed portions to people. Their faces were almost invisible. Their armour was shiny black with glowing purple ornaments. Warriors looked majestic and proud – some unknown force radiated from them. The boy promised himself that he would do anything to become like them. He wanted to call himself a Gatewalker. 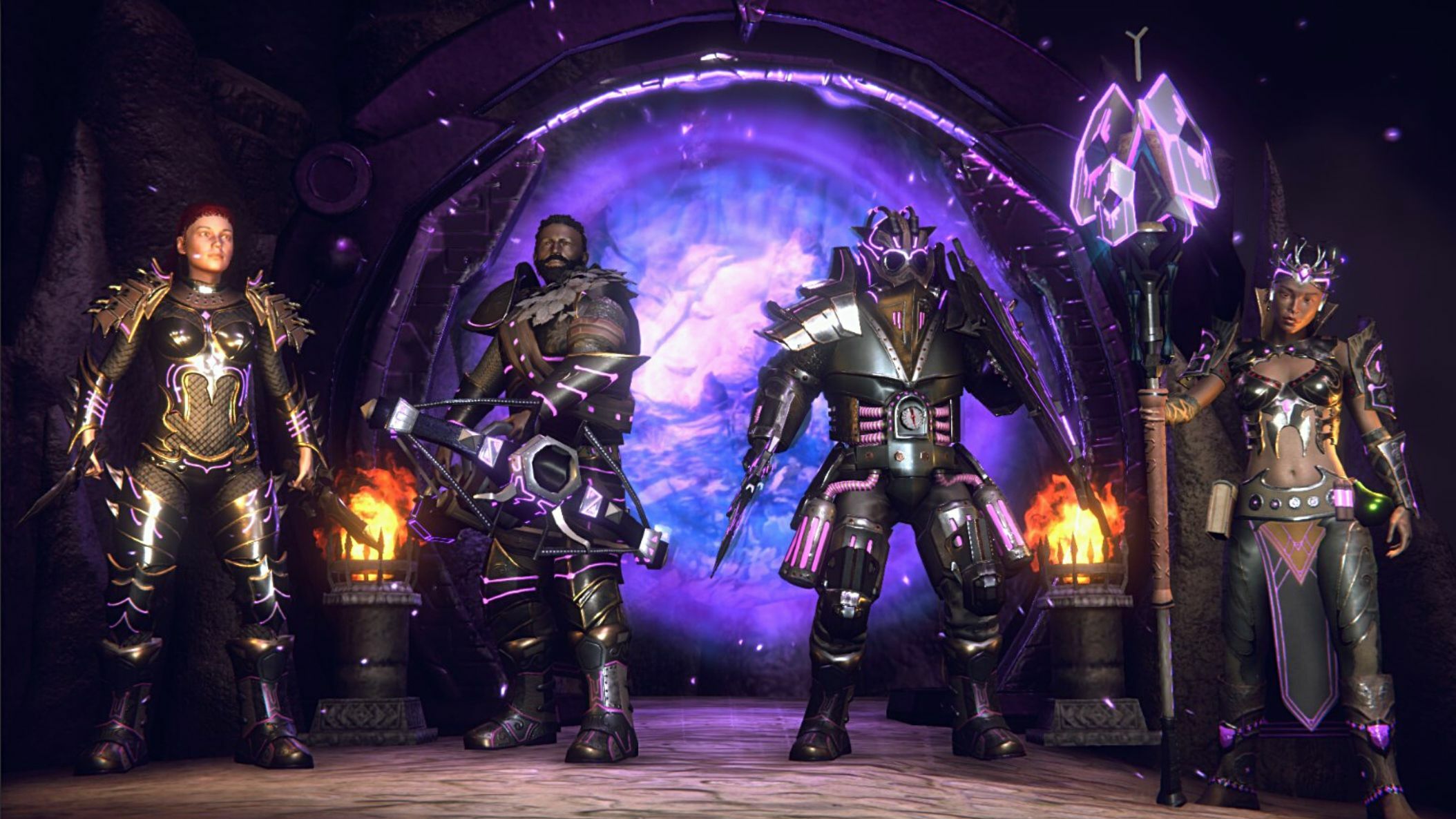 It turned out, however, that joining the Guild took a lot of work. You had to be intelligent and robust even to have a chance to take the initial tests. The boy, hearing the terrible stories about the rigour and hard training, was not afraid. On the contrary, he would get up at dawn to run in the wastelands, climb trees and carry heavy stones. He got hired as a blacksmith’s assistant to learn more about the weapons. He practised with a sword he could barely lift. Unfortunately, such hard training ended with a tear in the shoulder – the pain was so severe that the boy couldn’t stop crying.

The local doctor immobilised his arm, but the pain continued. Finally, after his mother begged the doctor, he promised to take the boy to the Guild for a specialist to examine him.

The boy couldn’t be happier. Despite the pain, he felt a great joy to see the Guild up close. As they approached the stronghold, the enormous walls made a fantastic impression on him. He expected to see the legendary Gate, but instead, a woman with long, blond hair waited for him.

“Come with me, boy,” she said and patted him lightly on the back. “We’ll see what we can do in a minute.”

The boy followed her into a room full of vials, books, weird tools and strange smells. 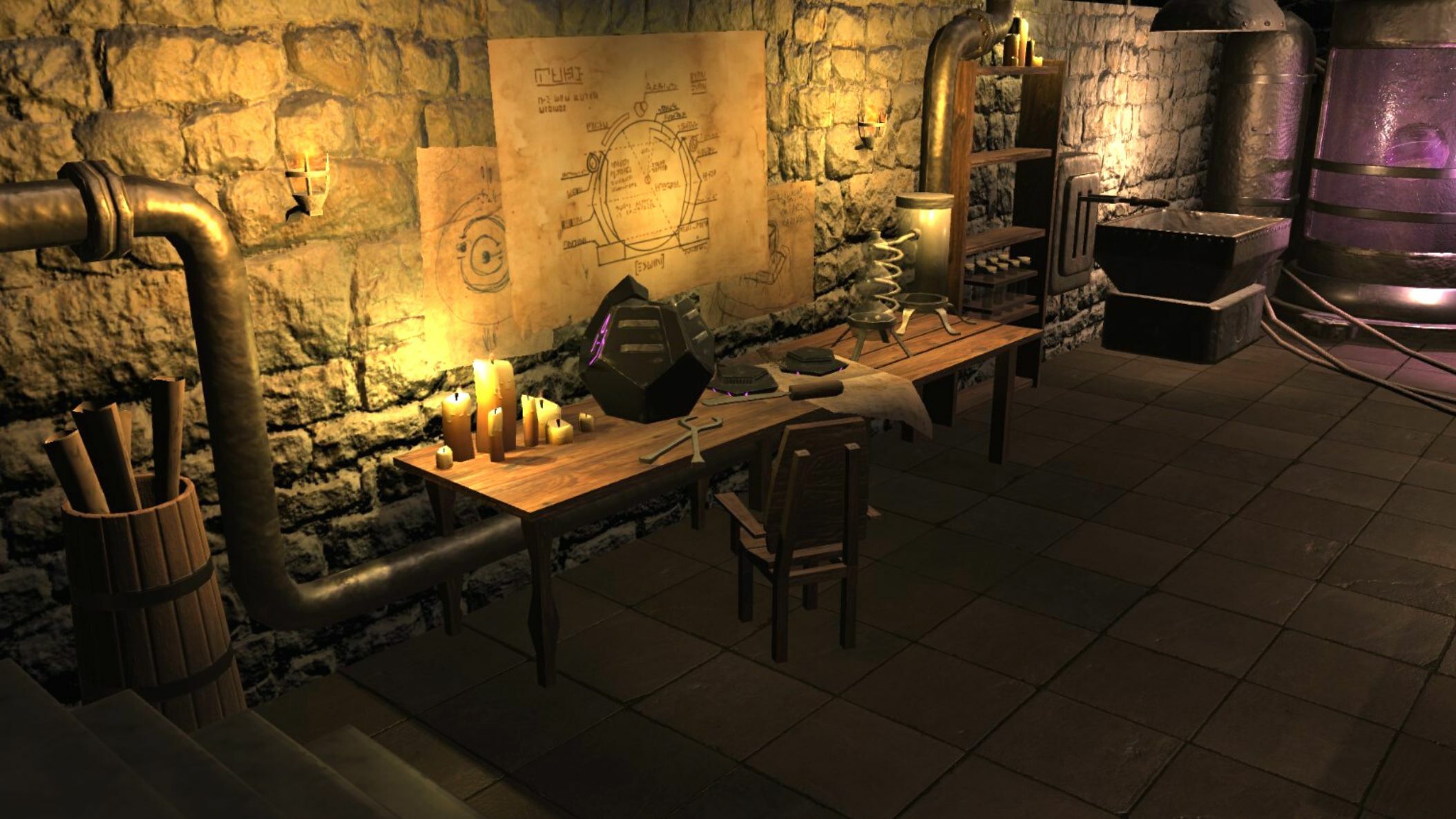 He sat down on the wooden chair, and it took him a moment to see the little boy sitting in the shadows. He had black hair, bright eyes, and a fierce expression.

“Victor, hand me the bandages,” the woman said, and Victor smoothly handed her the paper package. The woman took a weird-smelling ointment from the cupboard and pressed hard on the boy’s arm. He felt a sharp pain, but suddenly a blessing relief. “How did you do this to yourself?”

“I trained with the sword”, the boy replied proudly. “I want to become a Gatewalker.”

“Maybe one day you will succeed. Soon we will need new recruits,” the woman smiled.

She was telling the truth – recruitment was announced a few weeks later. The boy volunteered immediately, and his dedication to exercise did not go unnoticed. He instantly passed the exams and got into a preparatory school. 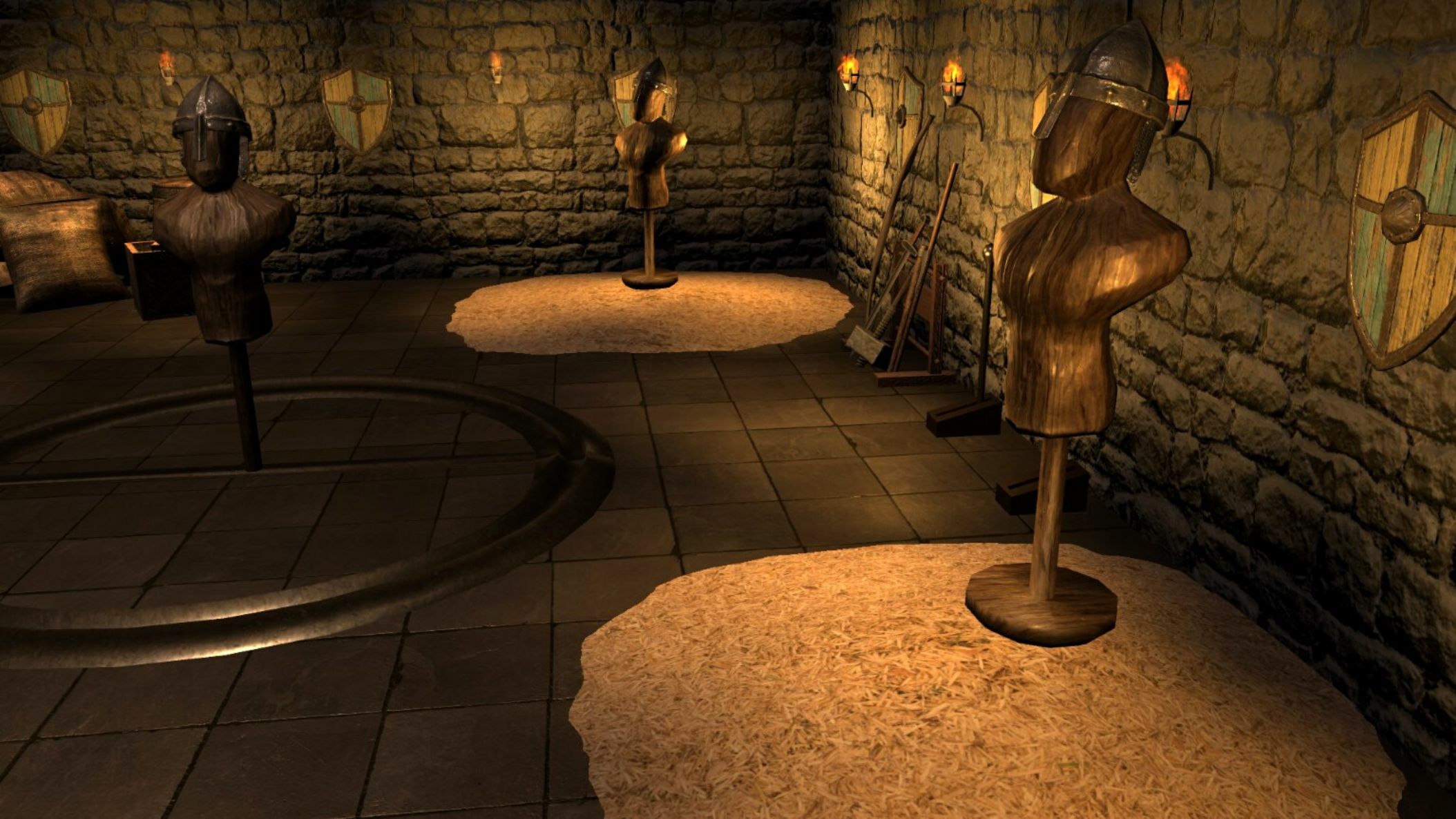 The training was harsh and sometimes dull. Many things had to be remembered – different rules, ways of fighting, and techniques of survival. However, the boy never regretted his choice despite the fatigue.

He finally got the first mission. Without thinking, he chose the sword as his weapon and set out to gather some herbs in the Ice World. He and his best friend went through the Gate for the first time. Even though they had been learning this for years, they couldn’t help but get excited. They were squeaking with joy and throwing snowballs, which caught the attention of the Nilak pack. They wanted to return to the portal as soon as possible, but Nilaks united into one, enormous monster. They learned about creatures like this, but seeing them in real life made them freeze. His friend managed to teleport and brought help.

Two armed Gatewalkers went straight into the action. Their movements were quick and smooth, almost like they were dancing. The boys watched as their attacks combined into one and accumulated to explode with enormous energy. It was their first real lesson. 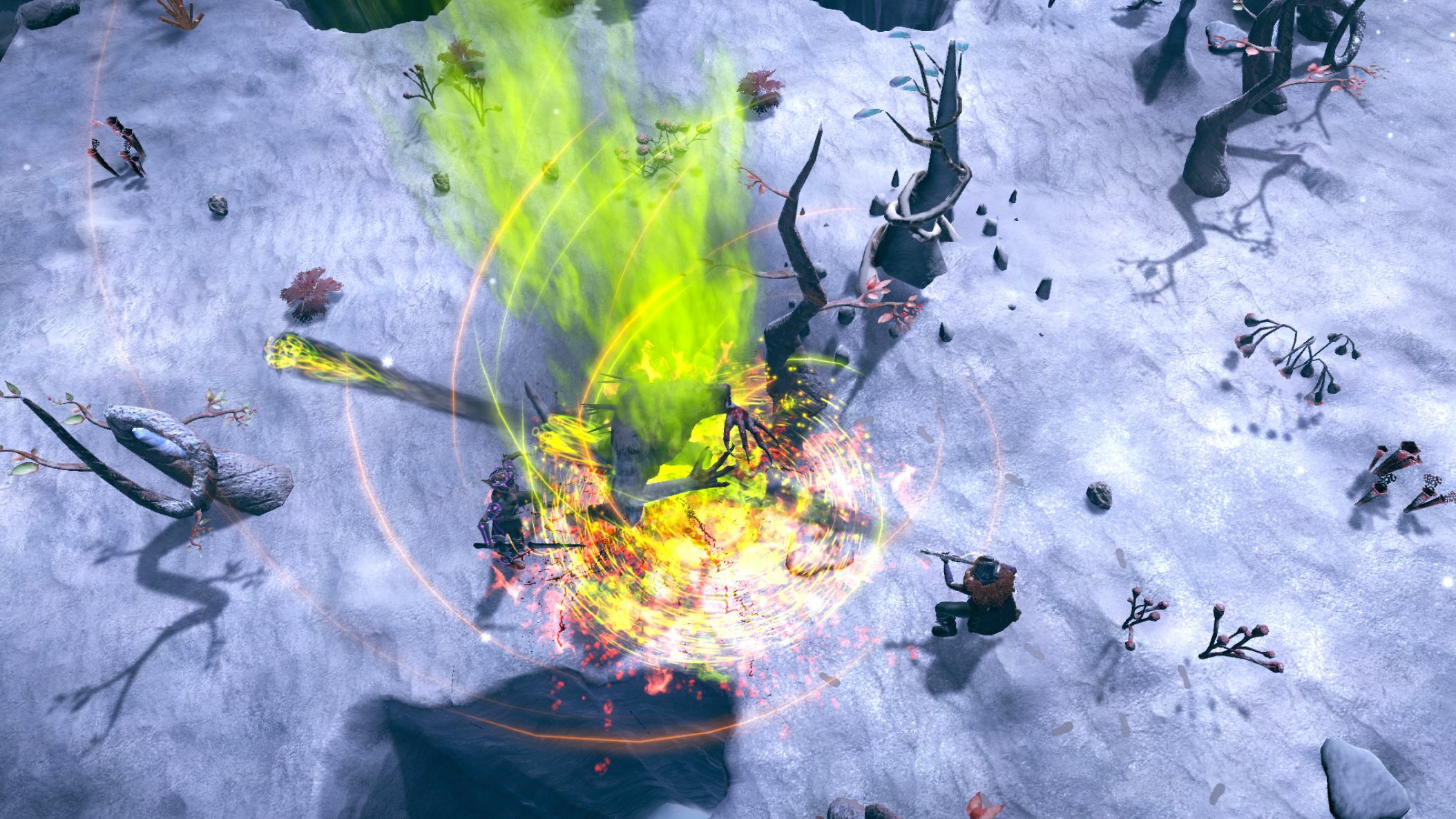 They remembered it for a lifetime. Perhaps due to extreme caution and cleverness, after many years, together they became the strongest Gatewalkers in the Guild. Many great but challenging adventures awaited them, but maybe about it another time.

And now a puzzle for you! Which NPC is described in this story?

Let us know on our Discord!