UPDATE 21.9.2022
We have taken the decision to postpone the launch of Bloody Ties until November 10th, to allow the team extra time to polish and squash bugs.
Are you dying to know more? Ask our dev team questions on Discord and they’ll answer on Friday, September 23 at 6:00 pm CEST.
https://discord.com/invite/dyinglight

During Opening Night Live at Gamescom 2022 the first story DLC for Dying Light 2 Stay Human: Bloody Ties has been revealed in a brand new trailer.

Fierce fighters are invited to a new location, the grand opening of The Carnage Hall. Before entering this new arena, we invite the community to revisit The City, and download the new community update, released today on PC and coming soon to console…

In Bloody Ties, players will embark on a new story adventure, you will reach the epicentre of death, wealth and absolute splendour in a stunning location; The Carnage Hall. This old opera building is full of challenges and quests, surprising new weapon types, character interactions, and discoveries to uncover.

Players who pre-order will get access to the Aristocrat Pack, including an exclusive weapon and outfit! 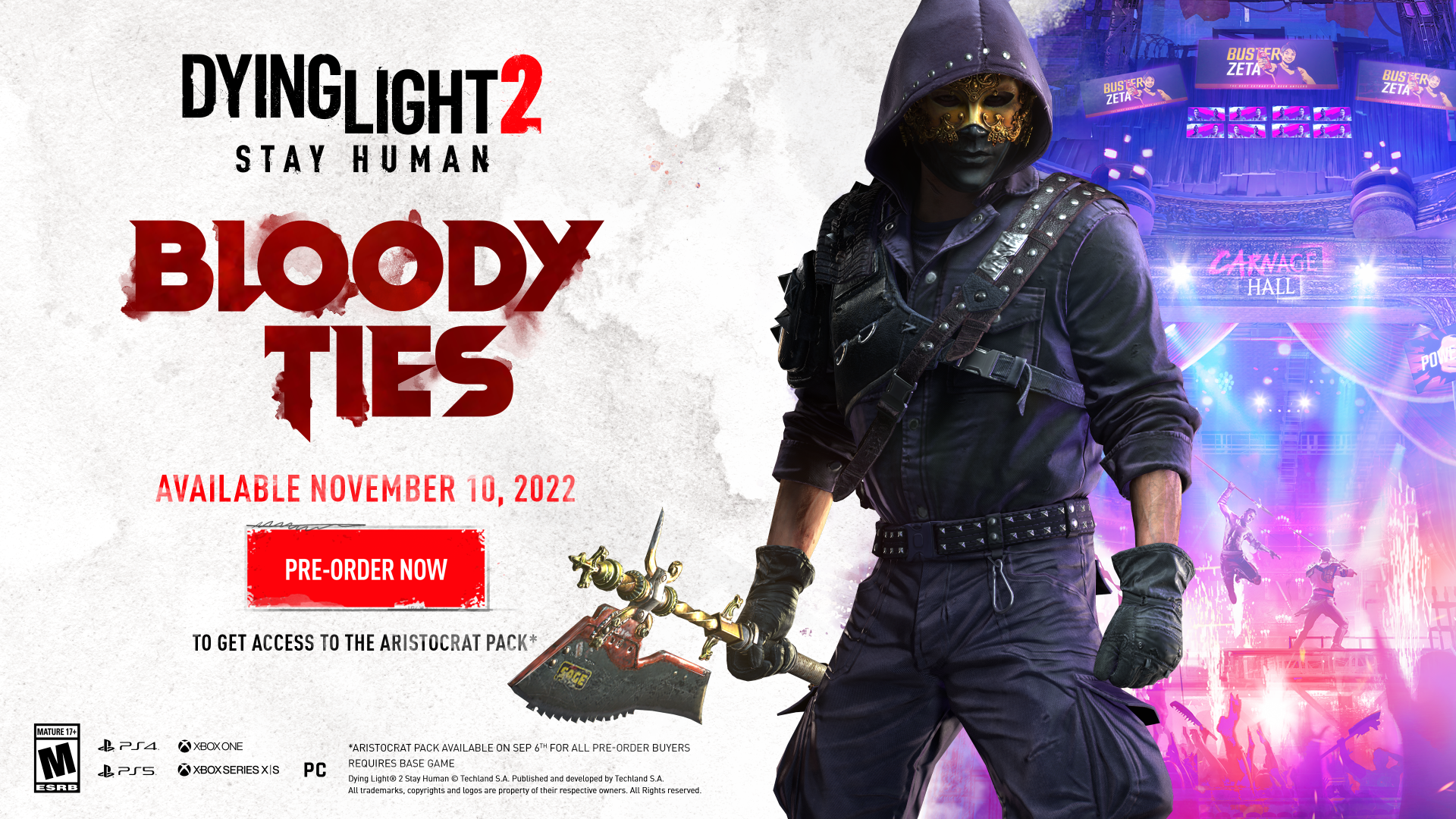 Before experiencing this extravagant new DLC, we invite the community to revisit the last bastion of humankind in Dying Light 2 Stay Human and download the community update, available now. This new type of update is based upon feedback received from the community, containing updates they are Dying 2 Have.