Today you will see one of Gatewalker’s most exciting weapons, the Dark Orb Catalyst! The Dark Orb Catalyst is a weapon you could try out in the Demo, however, we made some significant changes. We made a graphical and lore redesign. Also, we adjusted the skills and improved visual effects. We love the outcome, so we want to share it with you. 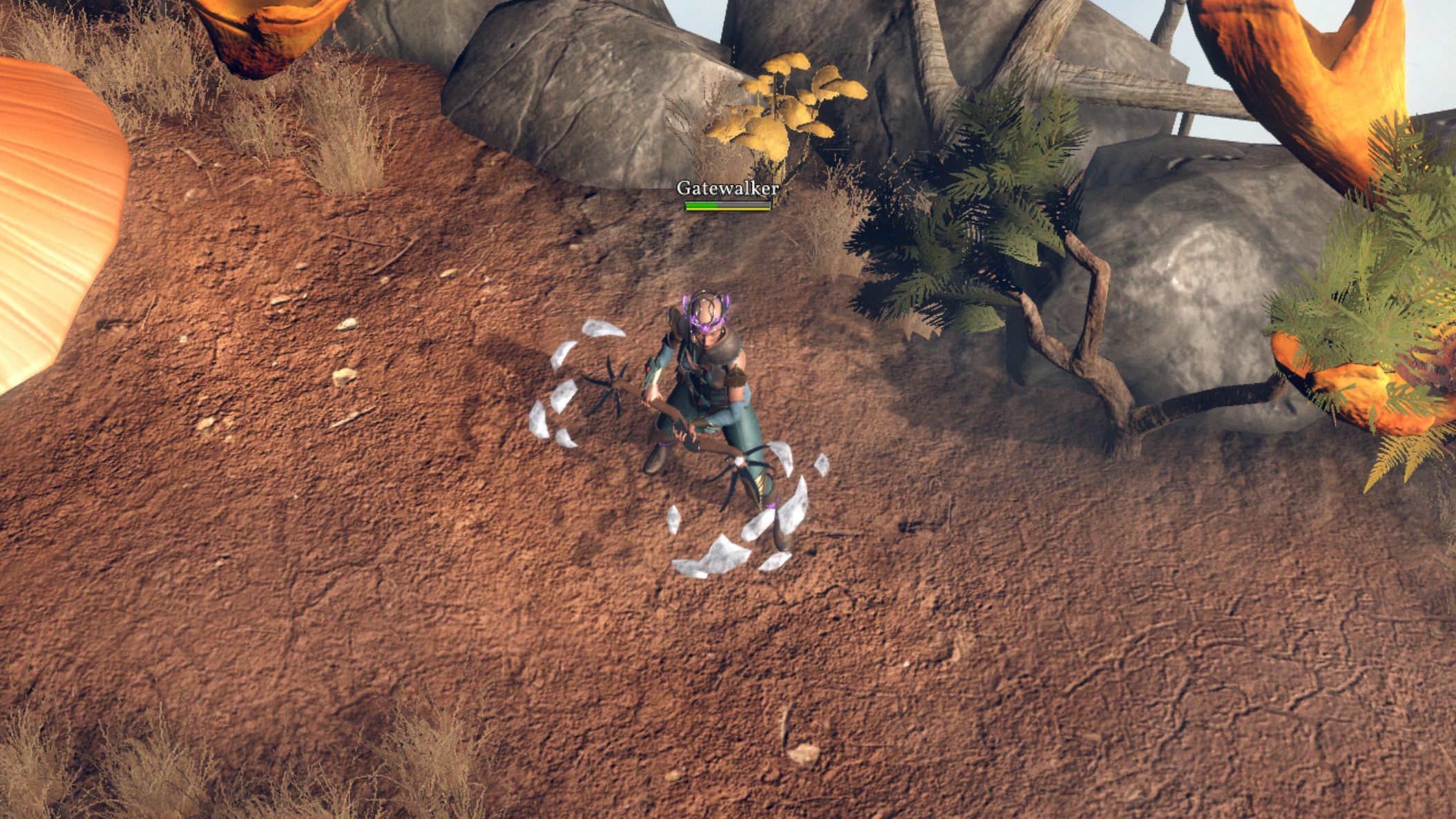 The core of the weapon is made using the technology of the Ancients. The long middle part looks a bit like a staff, but unlike it, both ends of the weapon are ended with special shields around which circle energized ancient crystals. 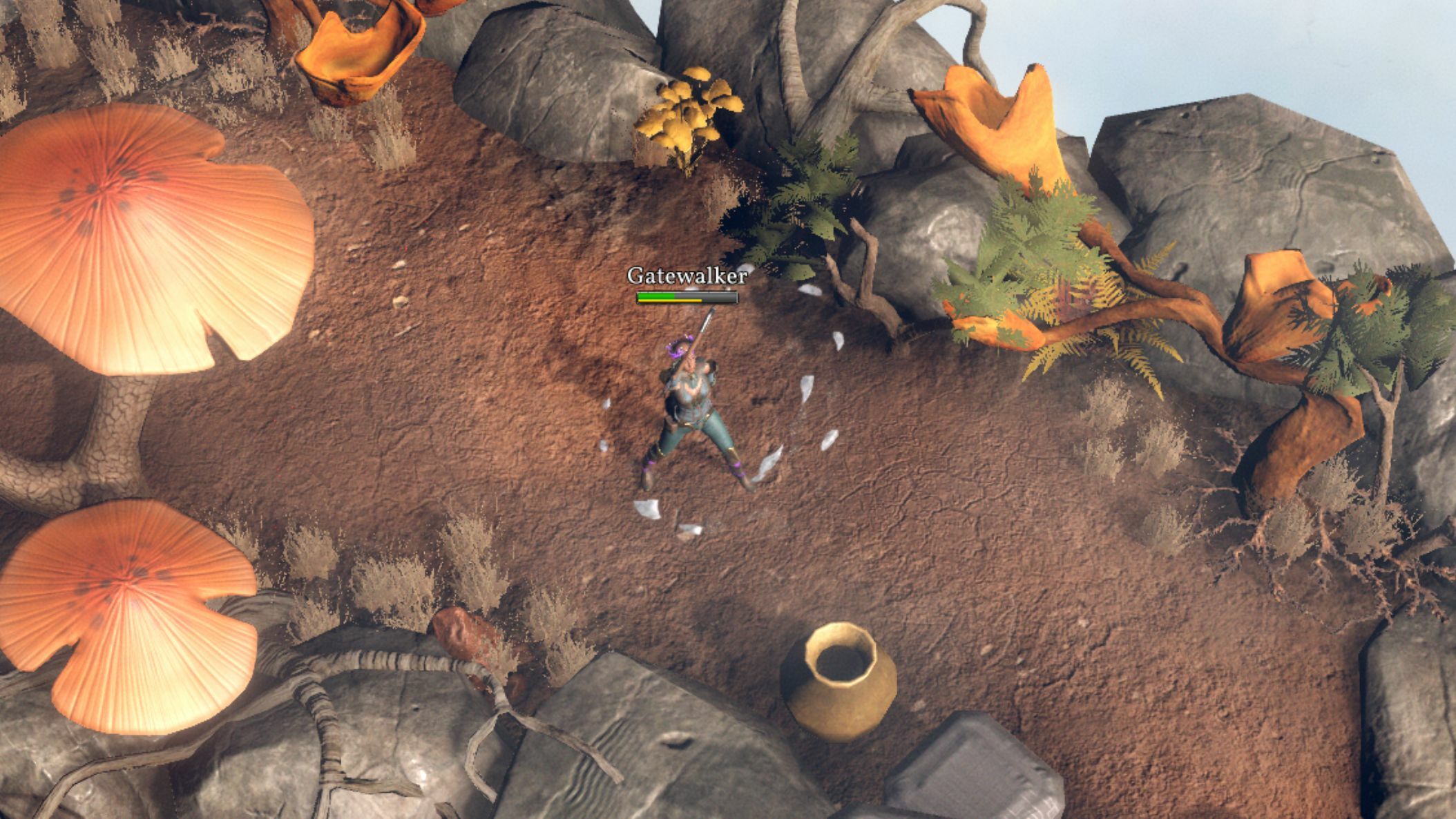 Gatewalkers interested in dealing with medium-range attacks will find this weapon particularly interesting. Due to its shorter range, Dark Orb Catalyst users must stay closer to their targets than, for example, force staff wielders. However, the Dark Orb Catalyst attack has a larger area and an exciting skill set.

Some of the skills can spawn healing orbs. If the mob dies after the attack, there is a chance that purple orbs will spawn from his body. These orbs are made of energy that can restore a bit of your HP and give your weapon extra damage: 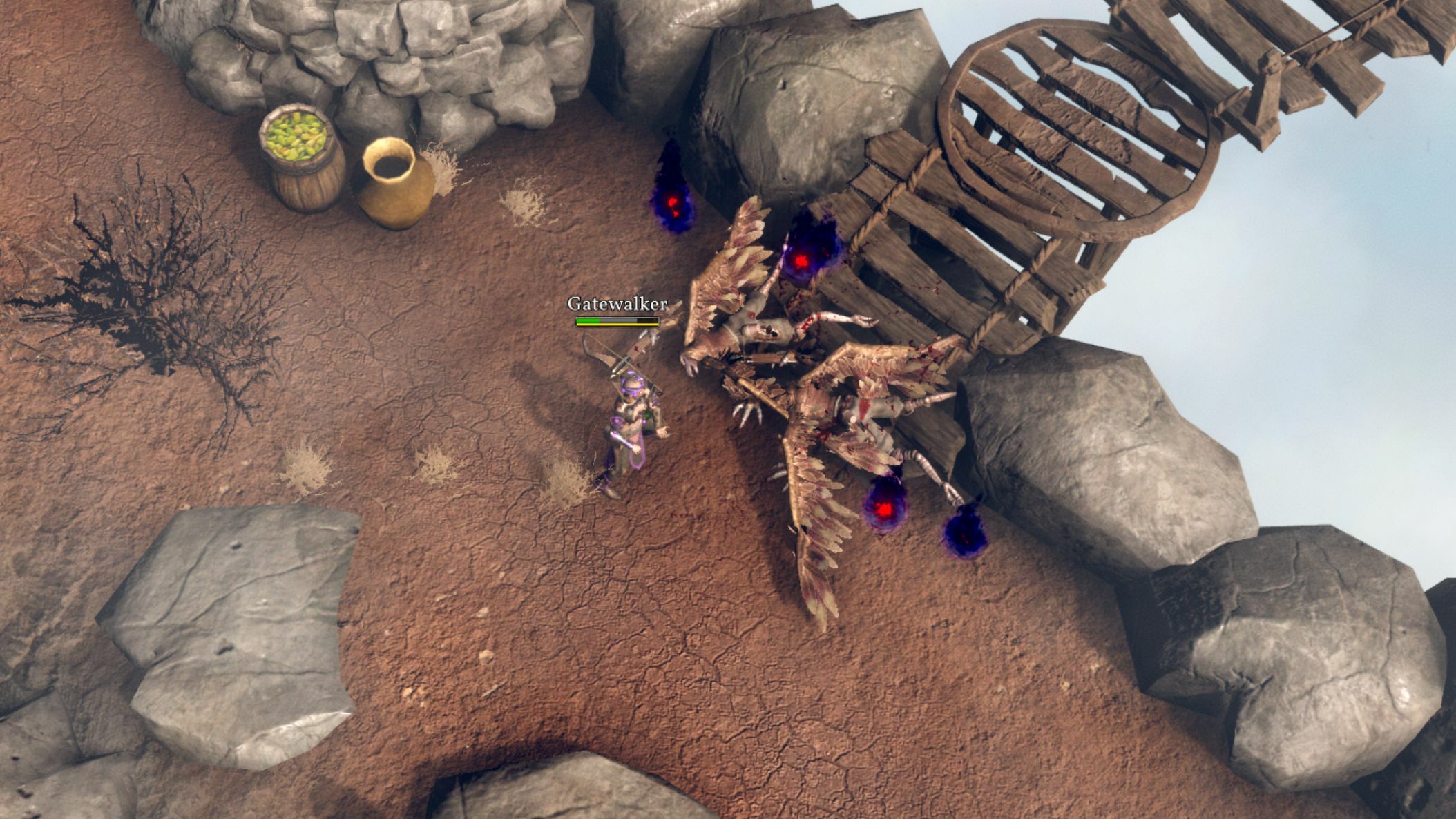 So, let’s explore the skills!

Dark Swing: This is the main attack. It’s a wave of energy within a close-/medium-range. This attack gives you a slight chance to spawn some orbs. 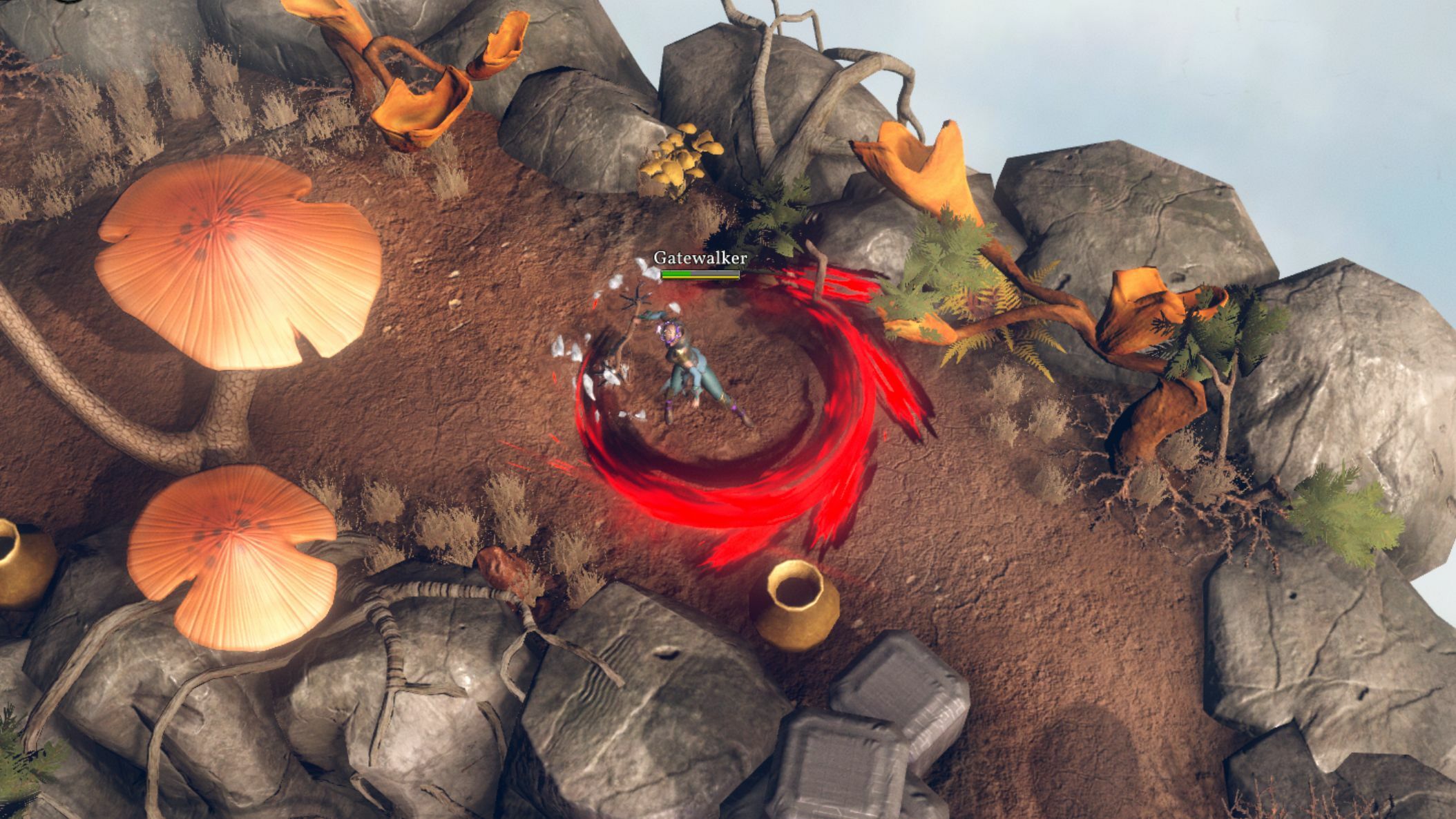 Dark Blow: This is a powerful forward strike. It has a more extended range than the basic attack and deals more damage: 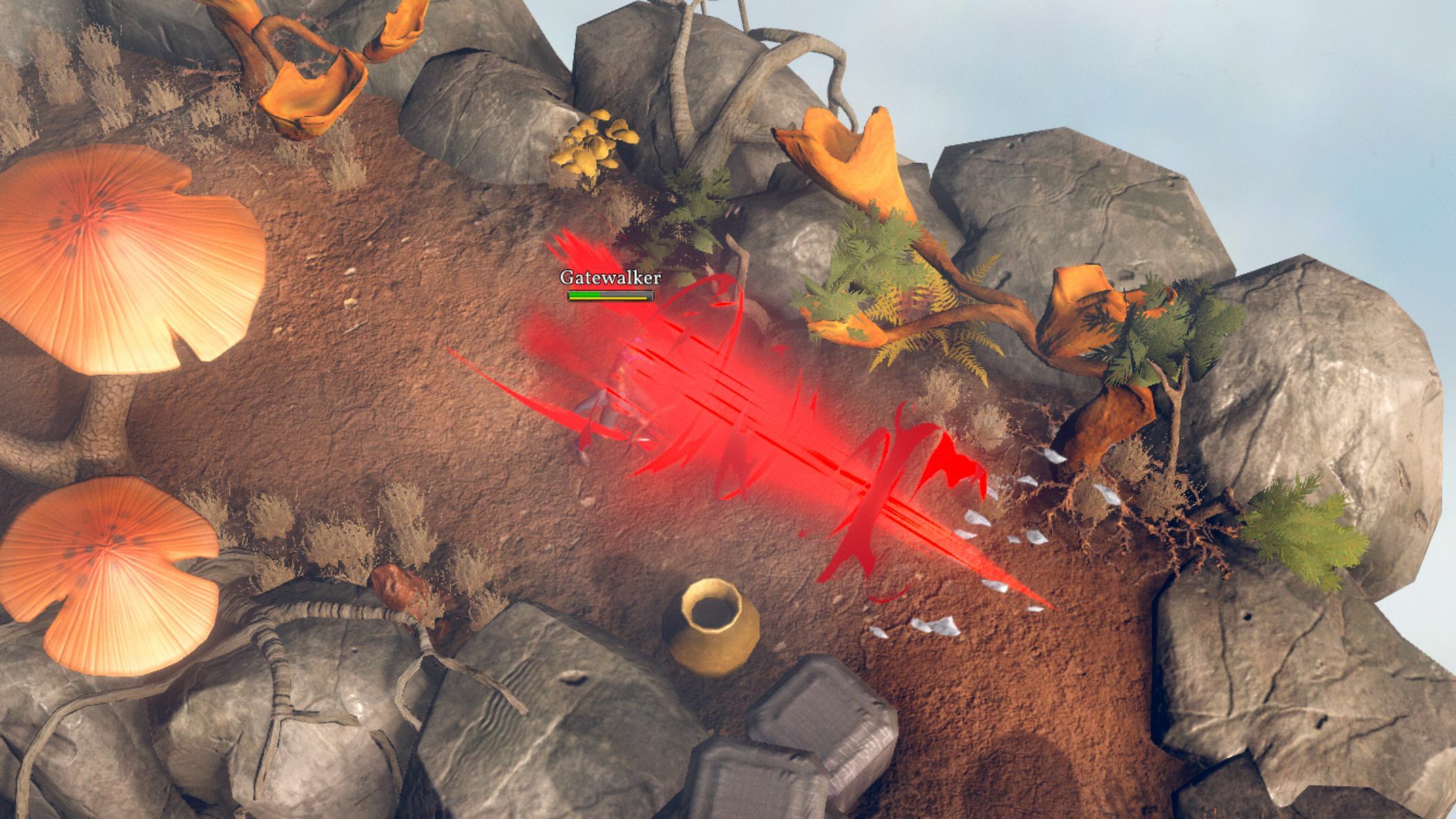 Dark Pierce: This skill uses crystals to deal significant damage. The attack is fast and mid-ranged: 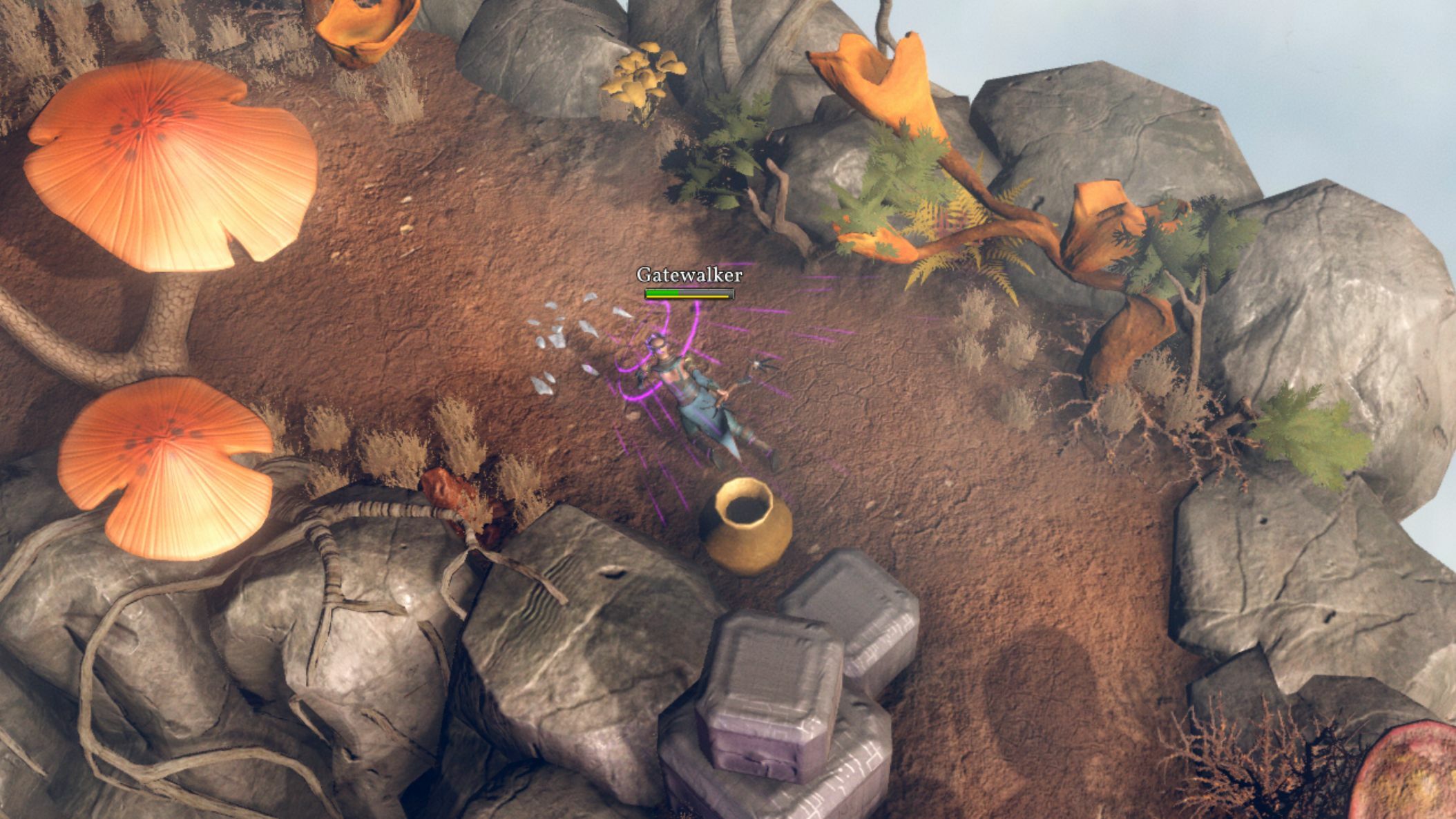 Dark Surge: A massive high-damage vortex of energy forms around the caster. The vortex deals bursts of damage to all targets for a short period. It has a mid-range. It also spawns orbs from the enemies! 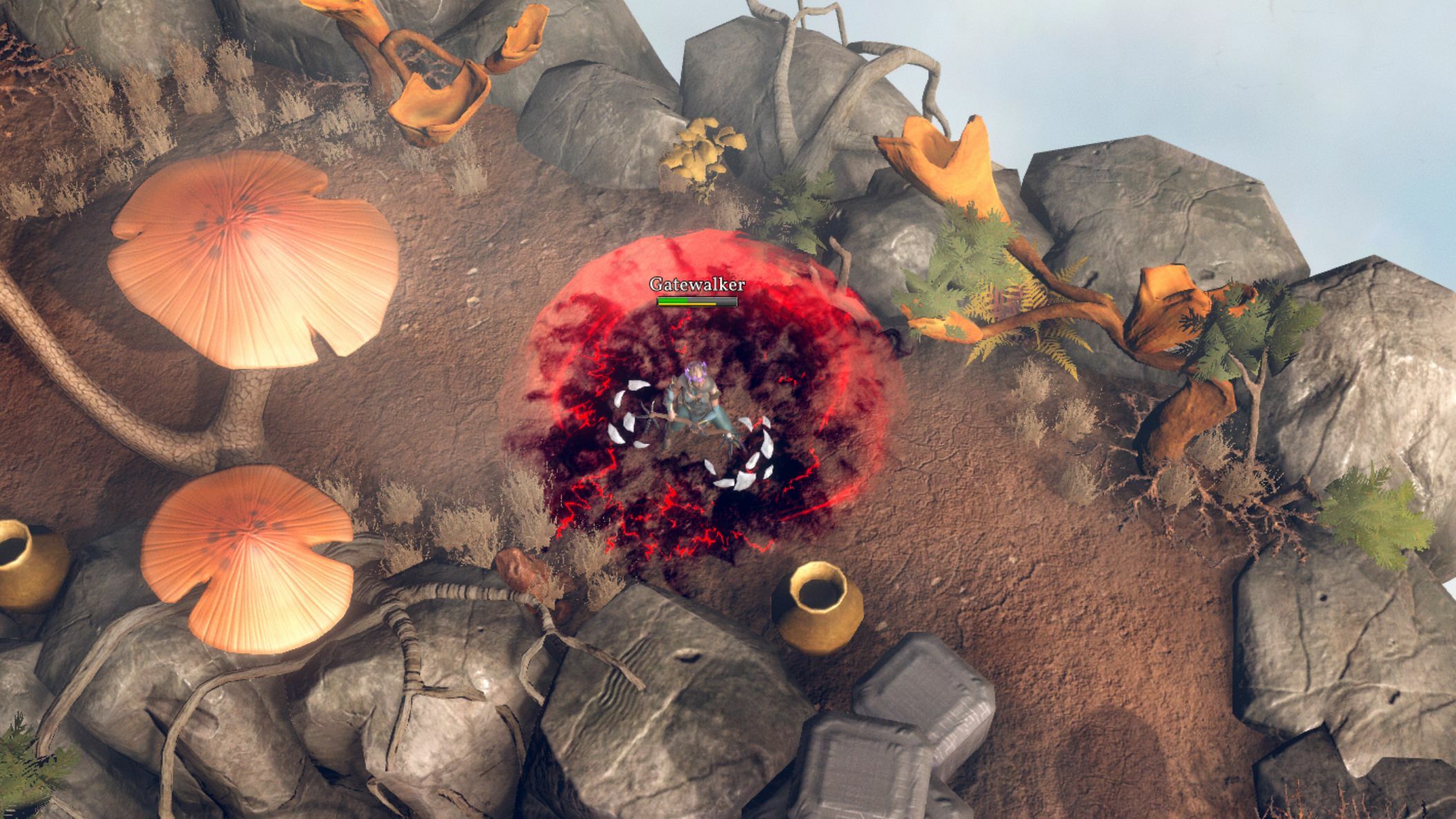 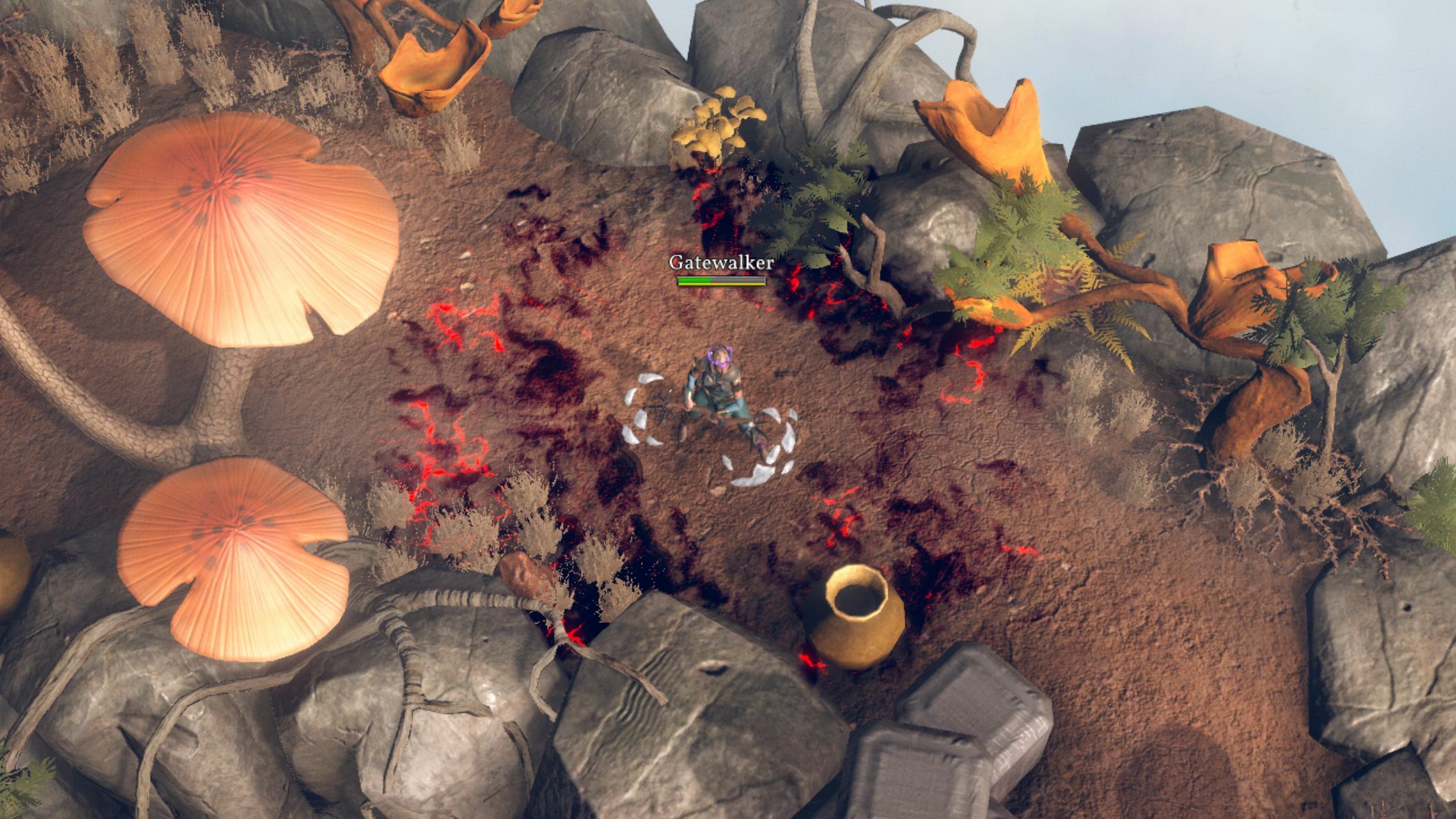 What do you think about this weapon? We wanted the Dark Orb Catalyst to be not only interesting to use but also to look in a very intriguing way. It’s also an interesting variation from other magical weapons, such as the Force staff. Please let us know your thoughts in our Discord channel: