Introducing the all-new Battle Pass, where player choice leads to complete domination over the Area of Operations. Using Battle Token Tier Skips, choose the rewards you want to earn first each season, from free Functional Weapons to Weapon Blueprints, Operator Skins, and more.

Along with detailing some of the Store Bundles to look out for during Season 01, here’s what you need to know about conquering the Battle Pass: 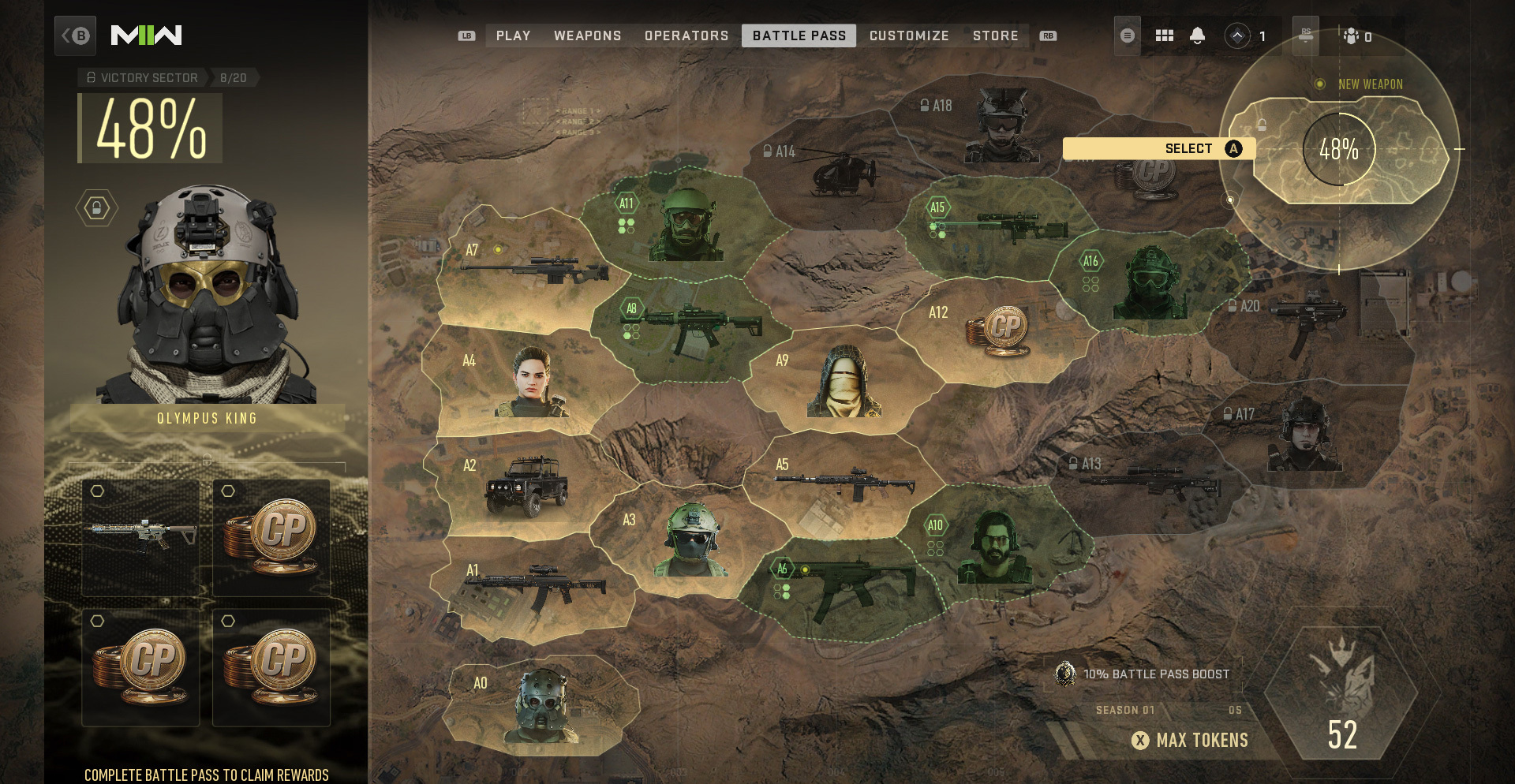 Your mission has expanded to a full combat map!

When you access the Battle Pass menu within Modern Warfare® II or WarzoneTM 2.0, instead of seeing the familiar, long horizontal strip of Tiered content to unlock, you’re greeted with an impressive, large-scale map. This is the Battle Pass Area of Operations (AO). The Season 01 Battle Pass AO is divided into 21 different “Combat Sectors,” from A0 (Bonus Combat Sector) to A20.

Combat Sectors A1 to A20 are all connected to each other. Looking at the Sectors that are adjacent (and therefore connected) to the Sector you are currently unlocking is the key to progressing through this new Battle Pass.

Once you’ve unlocked all the rewards in all Combat Sectors from A0 to A20, expect to unlock a Victory Sector and earn valuable bonus rewards for total victory!
See below for more specifics.

Explaining the Battle Pass with the First Sector: Sector A1 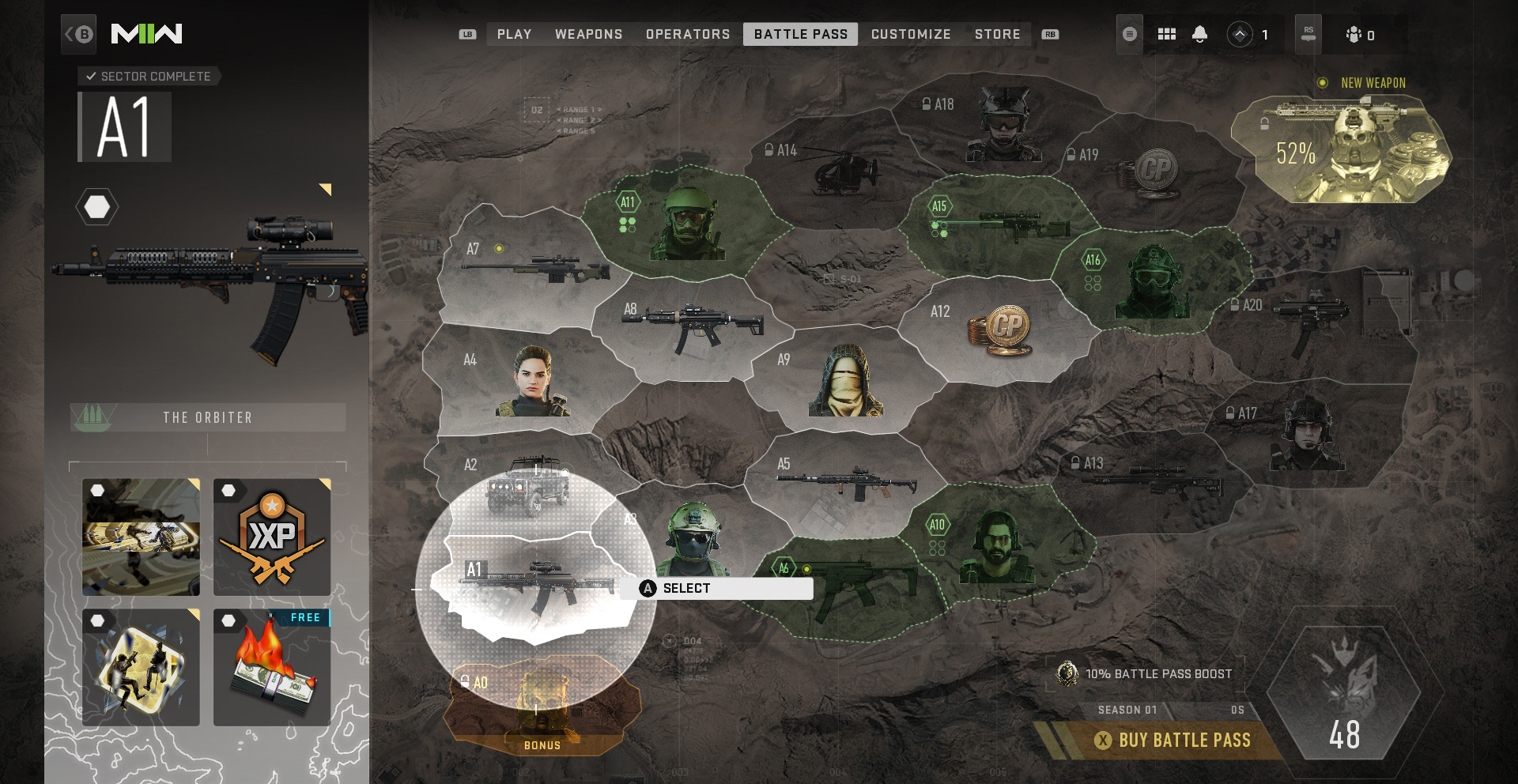 The new Battle Pass is a bit easier to understand once you walk through your first Sector. Whether you decide to stick to the free version or upgrade to get access to all content, everyone will start the Season 01 Battle Pass at Sector A1. Click on any Sector, and you’ll see there are up to five different items to unlock.

On the Battle Pass Area of Operations (AO), or the onscreen map, you will see “The Orbiter” Weapon Blueprint over Sector A1 — this is called the High Value Target (HVT). Think of it as the main item of interest within a Sector. You will also see the HVTs of all other Sectors shown across the Battle Pass screen. Now for a closer inspection: Select Sector A1, and you will see four other items underneath the HVT: the “Aerial Entrance” Calling Card, a Double Weapon XP Token, the “Aerial Entrance” Emblem, and the “Paying Rent” Weapon Charm.

Using a Battle Token Tier Skip “unlocks” an item for access. Items tagged with “Free” are available for all players. Get the full Battle Pass to get every item available.

After getting the HVT item, the Sector is complete and you are free to advance to any adjacent Sector. In our example, once you get “The Orbiter,” you can move on to Sectors A2 and A3. 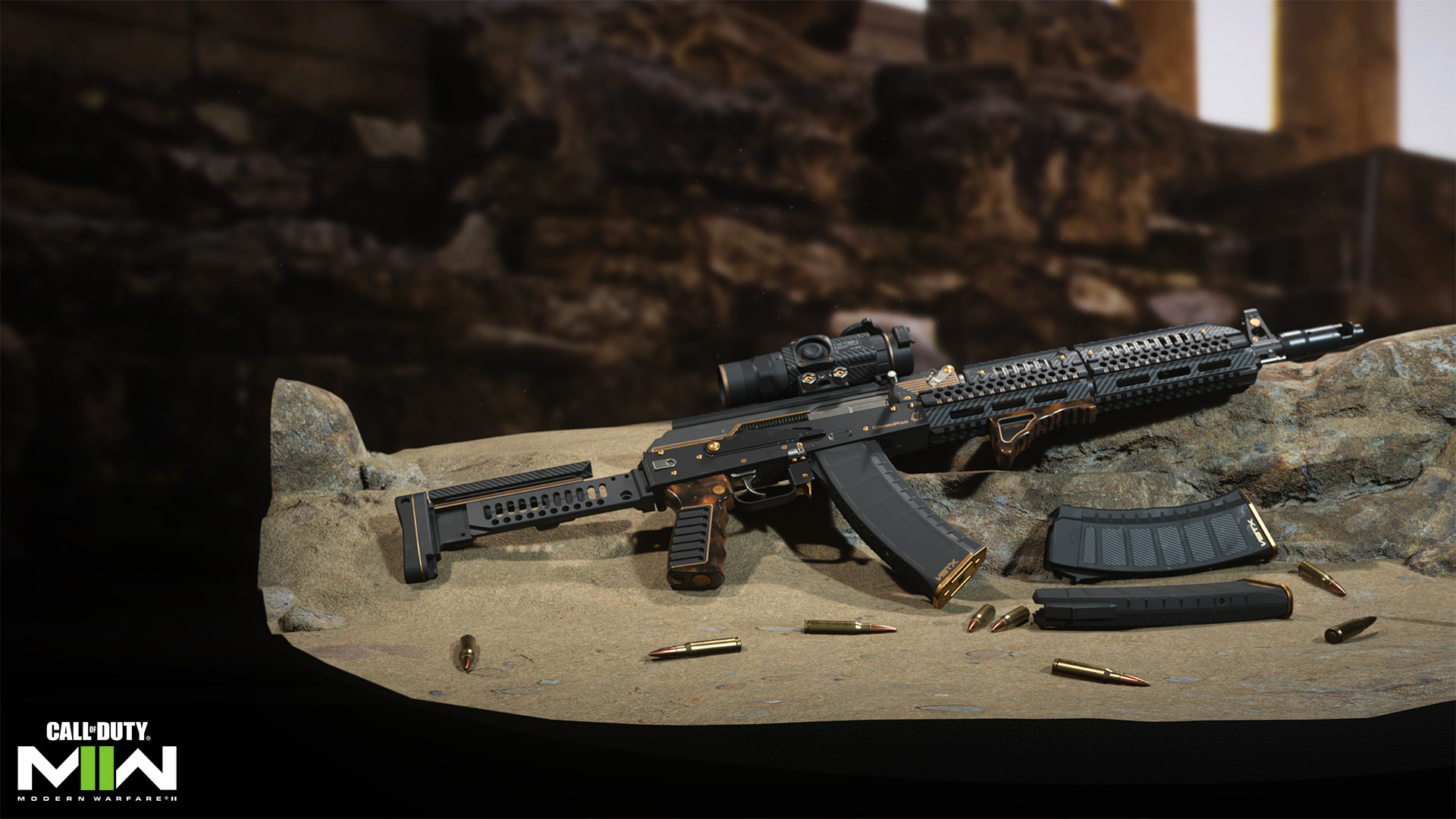 By the way, “The Orbiter” Weapon Blueprint is not a bad way to start the Battle Pass. This variant of the Kastovia weapon platform’s midcaliber Assault Rifle makes it a more consistent and accurate primary option down-range. There is also no issue finding enemies with this weapon given the included magnified thermal sight, which allows you to see heat signatures and get a closer look at distant targets.

Purchase the Battle Pass to Unlock Bonus Sector A0, Zeus 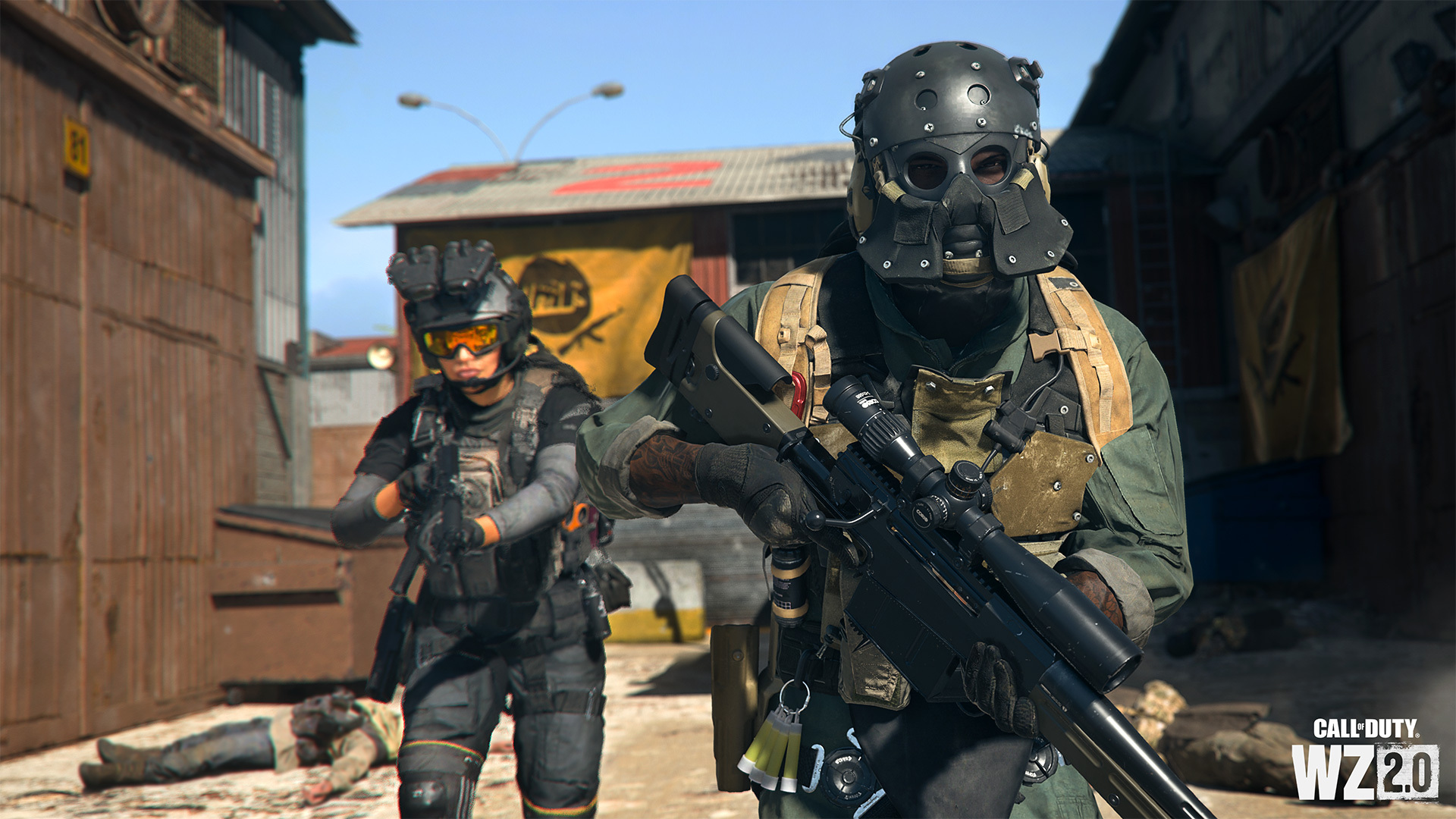 Born in the South Niger Delta, Zosar Kalu is the eldest of three children. He helped raise his younger siblings while his parents pursued political aspirations. His nickname comes from his youngest brother, who was born with dysarthria (a speech disorder) and would pronounce his name “Zeus.”

Following his year of military service shadowing a Nigerian Army Special Forces Battalion, he enlisted and rose through the ranks of those same Special Forces. At the same time, his family became involved in a high-profile state election but was tragically killed by a local Al Qatala cell.

Orphaned, and now the last of his name, Zeus established the “Thunder” Corps, a counterterrorism group dedicated to hunting AQ wherever they hide and bringing them to true justice.

Zeus’s default Skin features his custom helmet and (nonfunctioning) battle armor, which saw many a battle against terrorist forces.

This Bonus Sector (called A0) also contains four additional items: a 10% Battle Pass Boost, the “Myth Maker” SMG Weapon Blueprint, the “Articulate Response” Sidearm Weapon Blueprint, and the “Chronophobia” Gun Screen, a new customization feature that allows you to attach a widget to your weapon, such as one that tells you the (real-world) time and date.

New Weapon HVTs in Sectors A6, A7 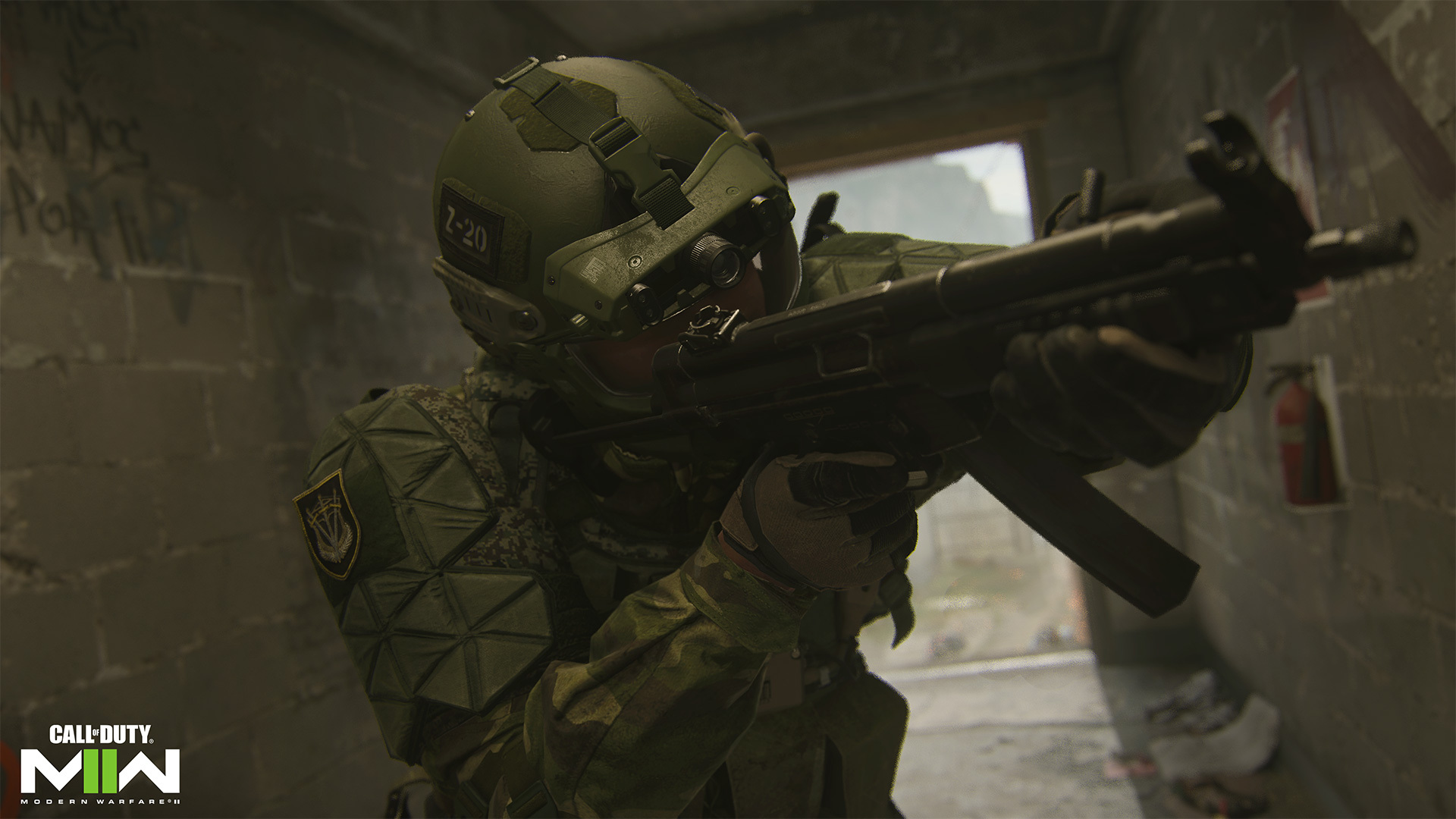 Those who want to unlock the two new weapons in the Battle Pass need only 15 Battle Token Tier Skips if they head straight from the first Sector toward Sectors A6 or A7, and 30 to unlock them both. 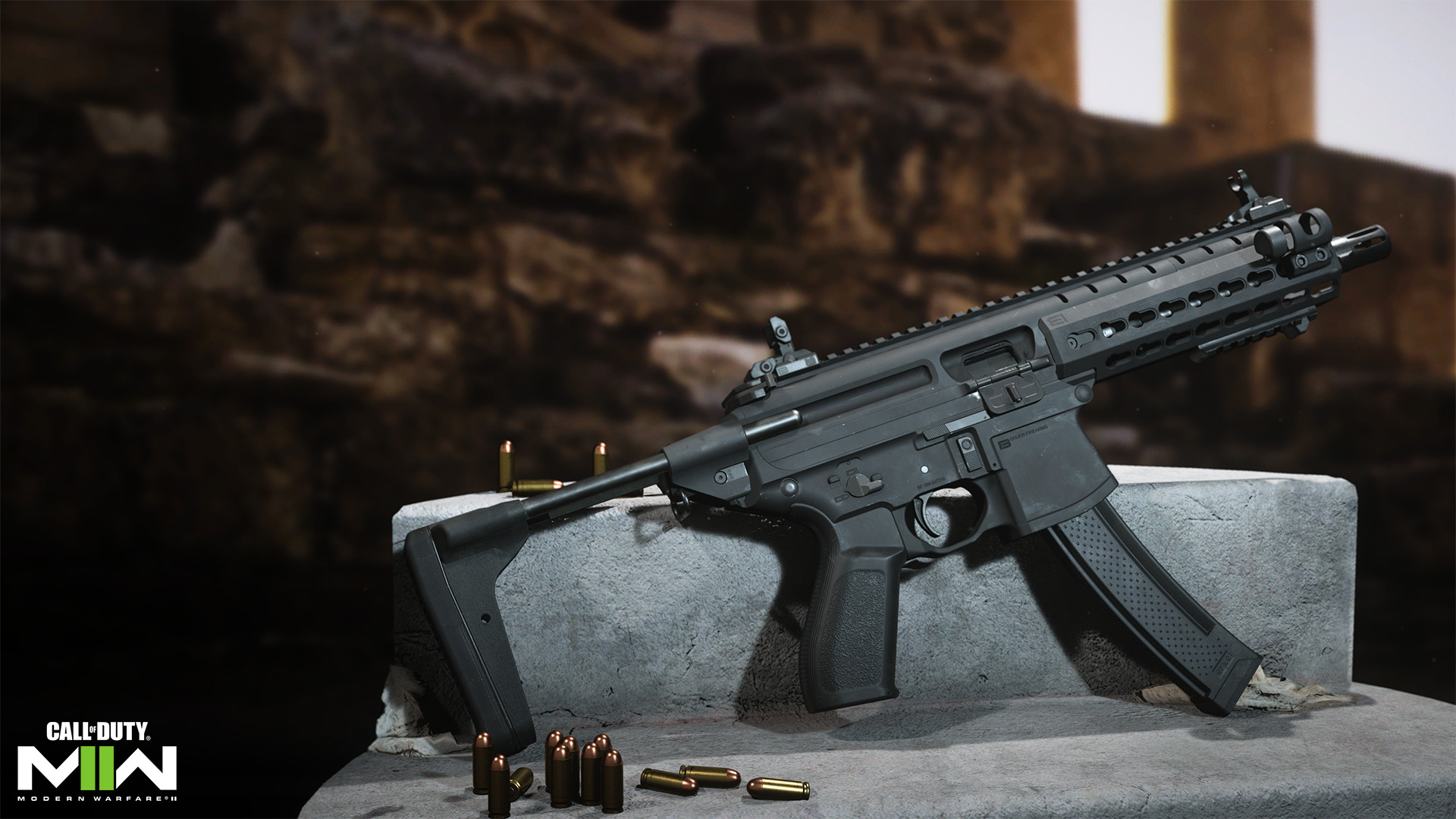 An aggressive fire rate and modular frame make the BAS-P perfect for the discerning operator who wants to customize their submachine gun. Subsonic ammo hides kill skulls from the enemy team.

Chambered with 9×19 mm subsonic ammo, the BAS-P was featured as one of the weapons that could be used within the Campaign’s final missions by picking it up off Shadow Company Operators.

At launch, the weapon will clock in at a solid 870 rounds per minute, putting it just below the PSDW 528. However, its ammo is the same as the MX9, making it a potential powerhouse at closer ranges. 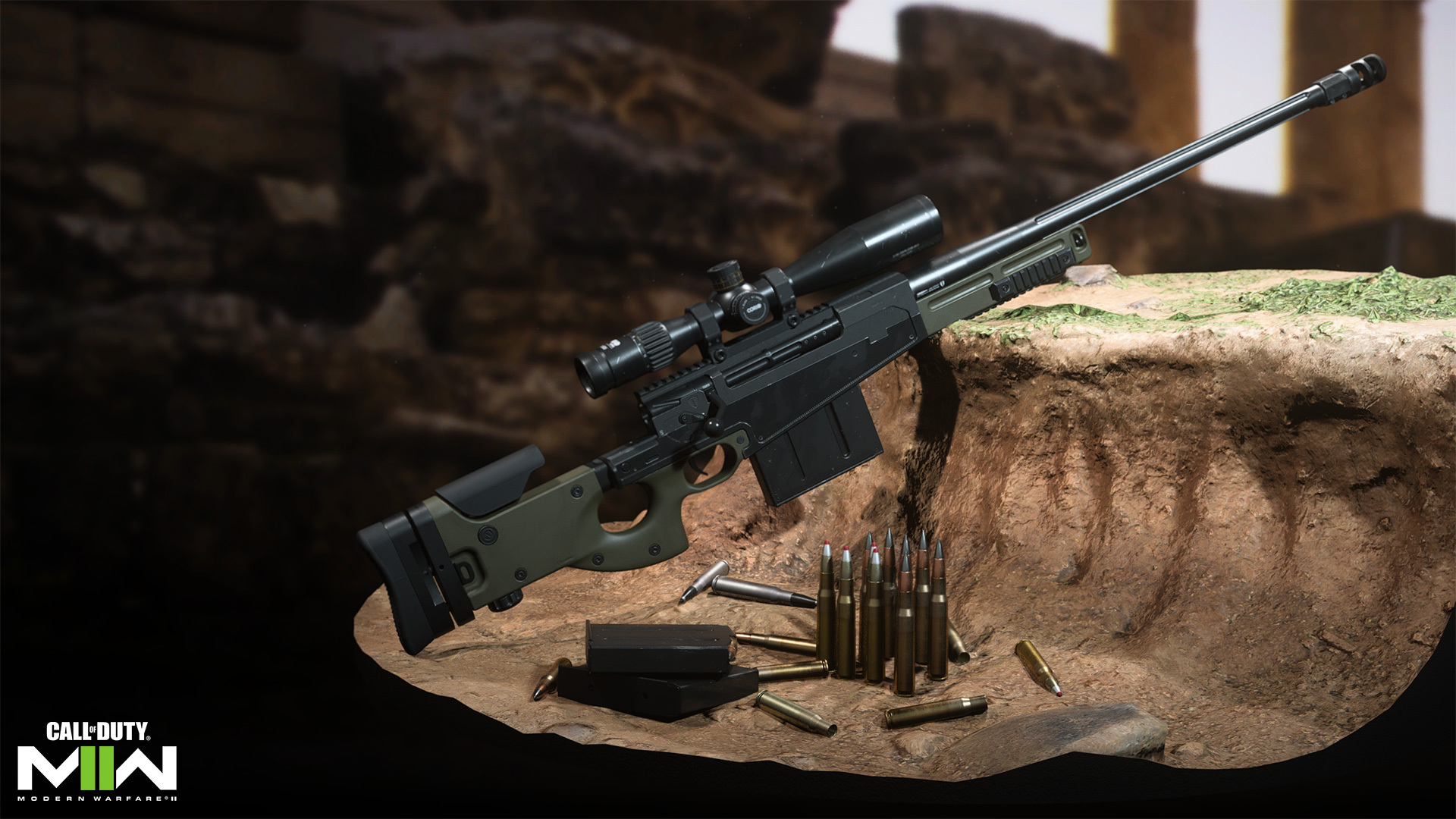 Another weapon featured in the Campaign’s later missions, the Victus XMR is a powerful long-range weapon in the same caliber as the Signal 50.

Its bolt-action nature gives you time to handle its recoil before delivering follow-up shots when dealing with hostile groups. The most elite accurate snipers will be able to place lethal shots down-range with ease, with a variety of attachments to either help its slow Aim Down Sight time or keep it extremely steady for lining up the perfect collateral. 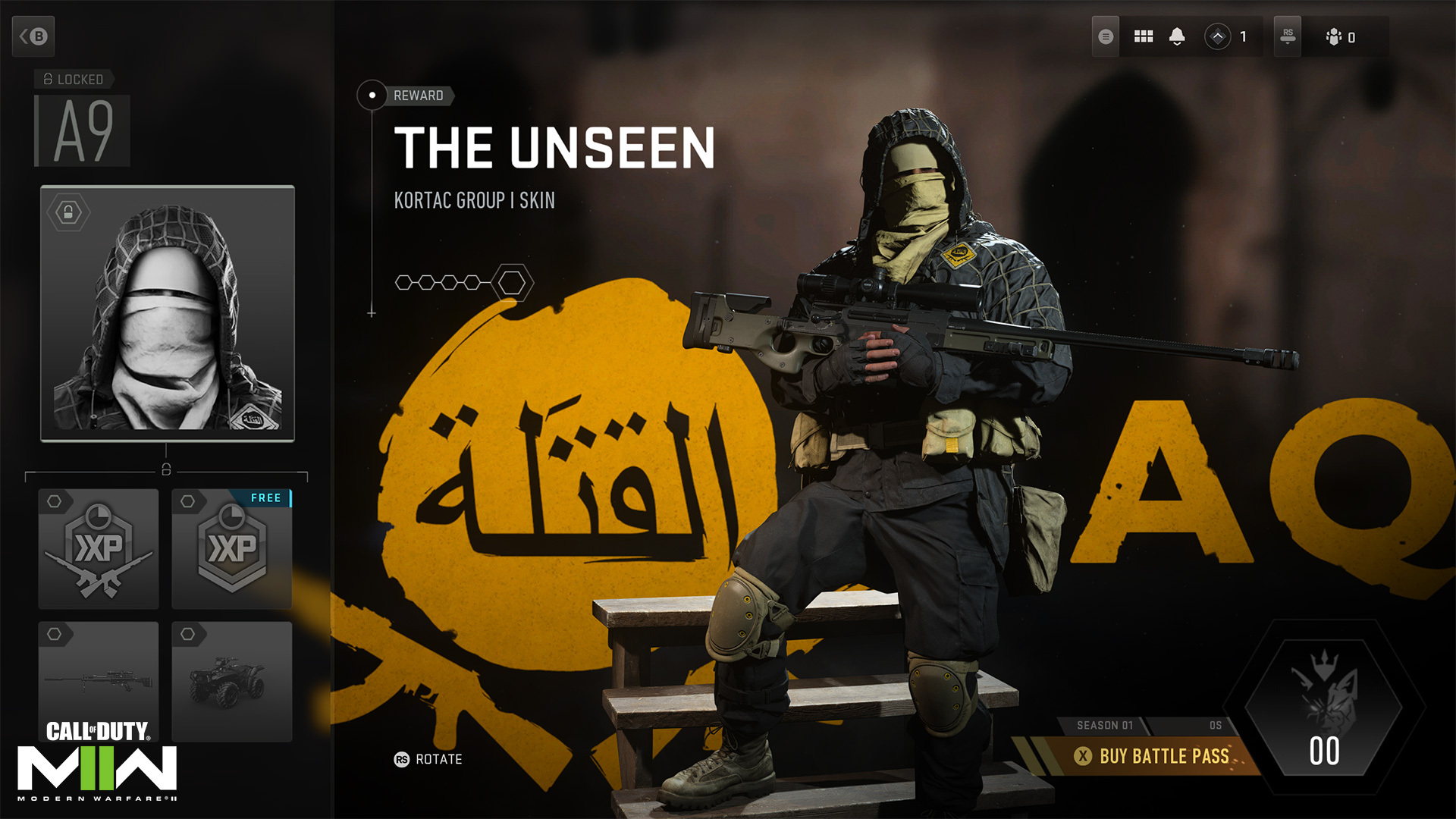 Want to get some new gear for the next operation? The HVTs in the AO’s deeper Sectors are tactical fits for both KorTac and SpecGru Operators.

Go undercover by looking like one of the DZ’s most fearsome marksmen, ready for combat in even the harshest desert conditions. 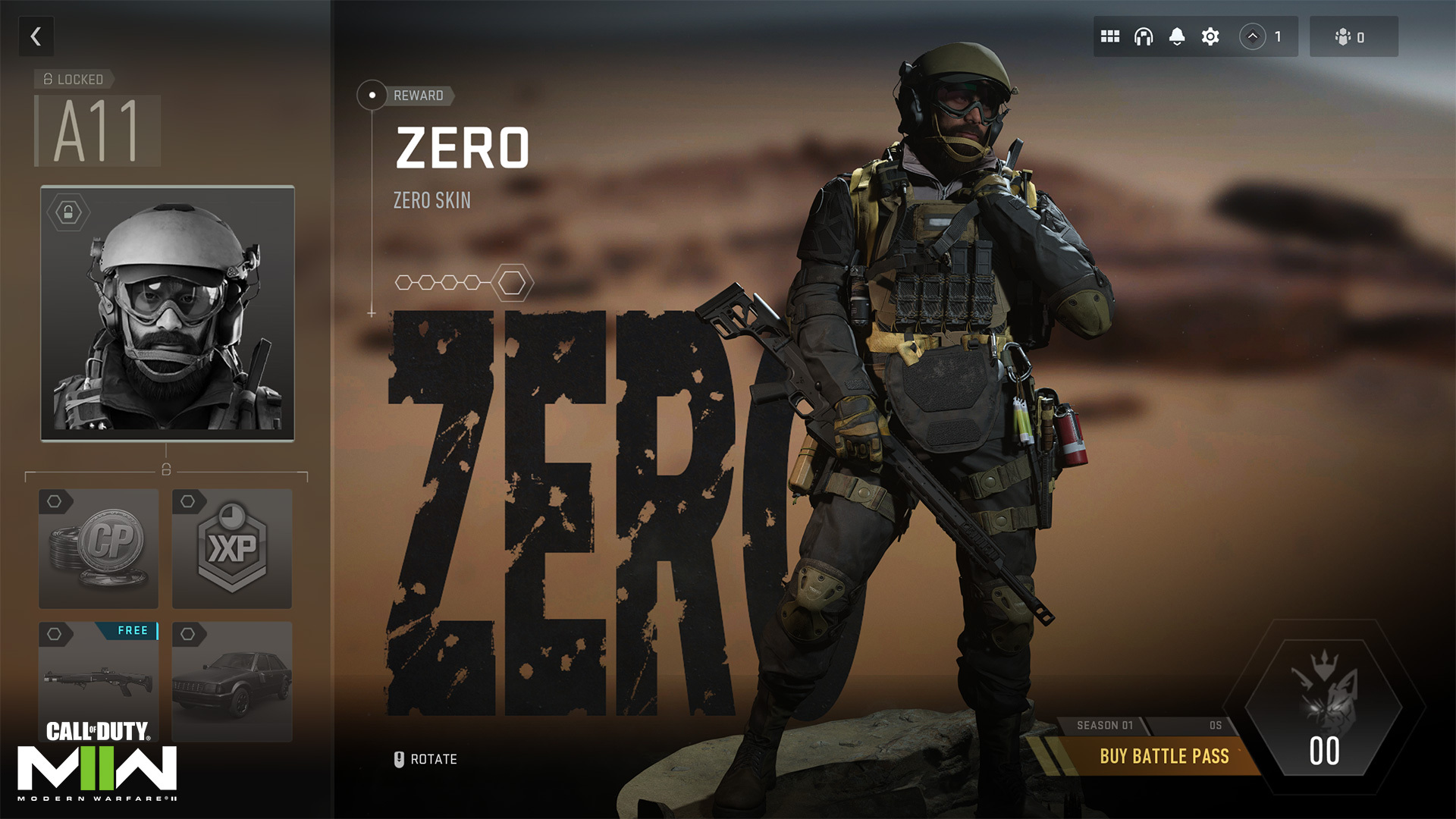 The valiant Zero readies up for the most dangerous operations in Al Mazrah with this sand-and-black bomb squad rig. 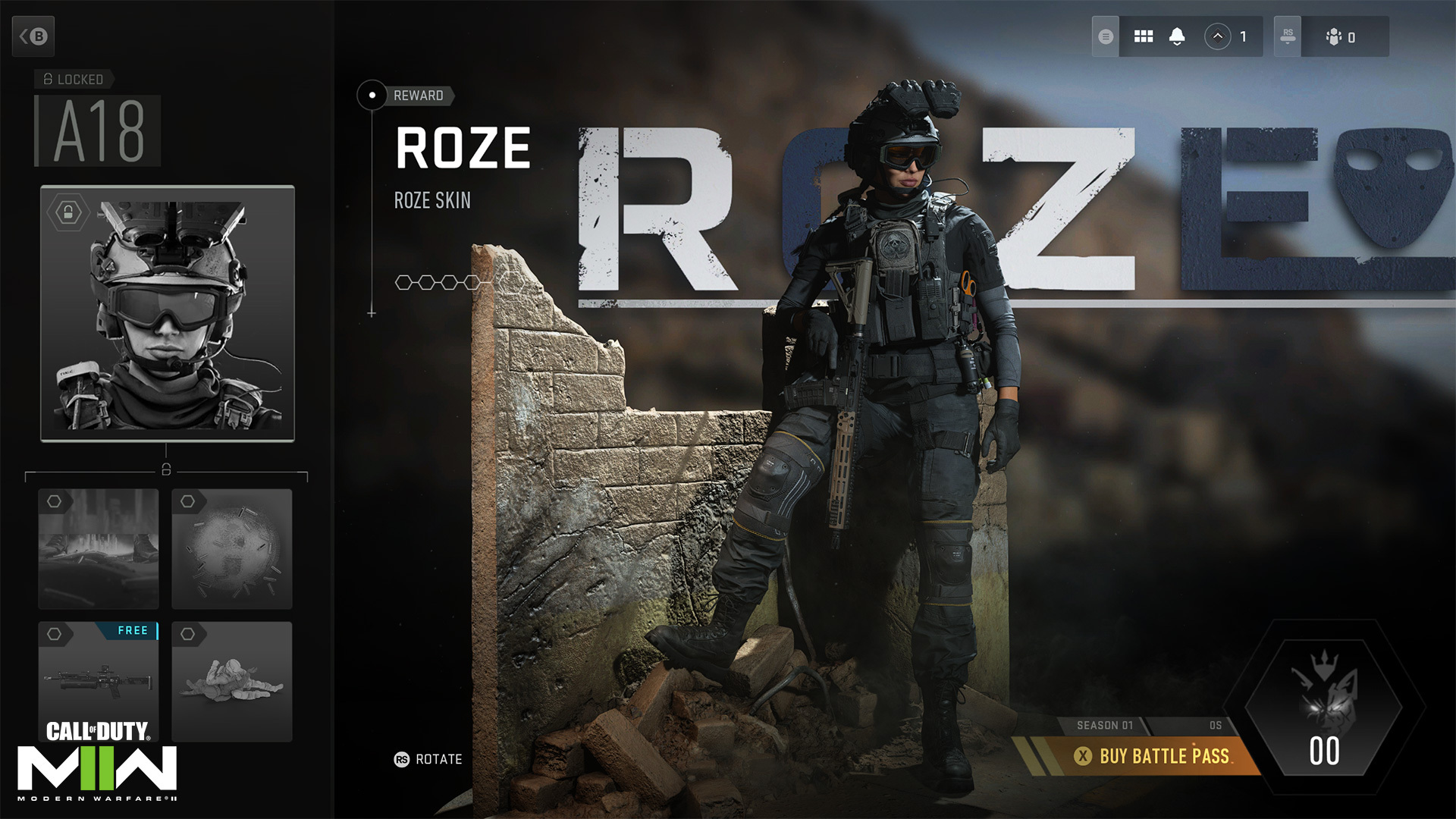 They couldn’t keep the Shadow Company’s threads off her for too long; while new materials increase its visibility, it still is sleek enough for those looking to drop in with an all-black attire. 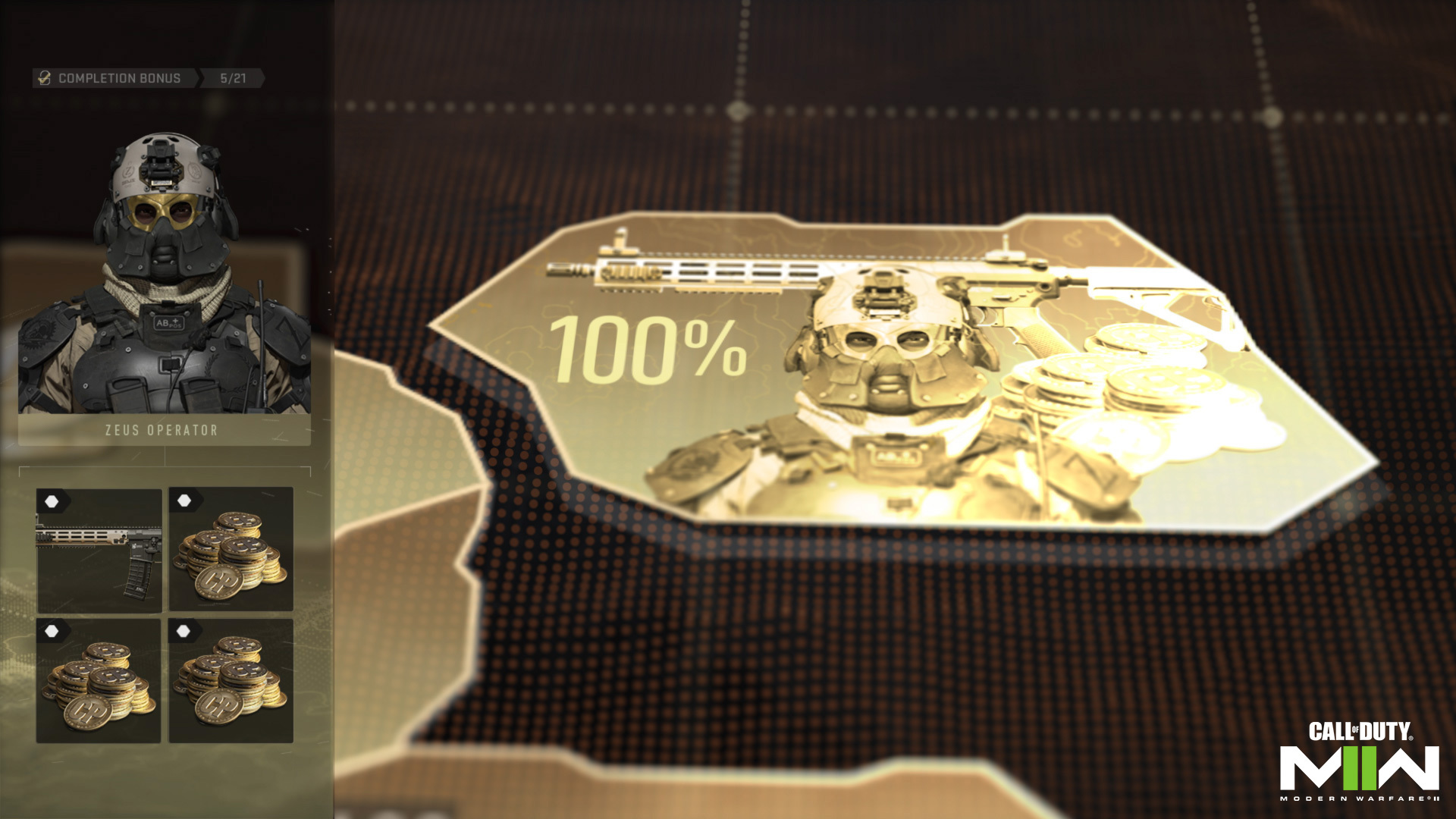 Those who reach 100% completion on the map by conquering all 20 Sectors (excluding the Bonus Sector) gain access to the Victory Sector, which contains the following five items:

Featuring a gold-plated variant of Zeus’s signature helmet and multiple golden accessories, this kit for Zeus subtly flaunts your completionism of the Battle Pass while still keeping you grounded for the Operations in Al Mazrah.

The custom-built weapon for Zeus, the “Mortal’s Bane” Weapon Blueprint features five attachments that combine for a mobile midrange build. Get that weapon up quick around corners or other cover with a lighter stock and barrel, acquiring targets quickly with a miniature red dot optic.

Get a head start on saving up for the next Battle Pass, or use these towards one of the Bundles to be released in season. 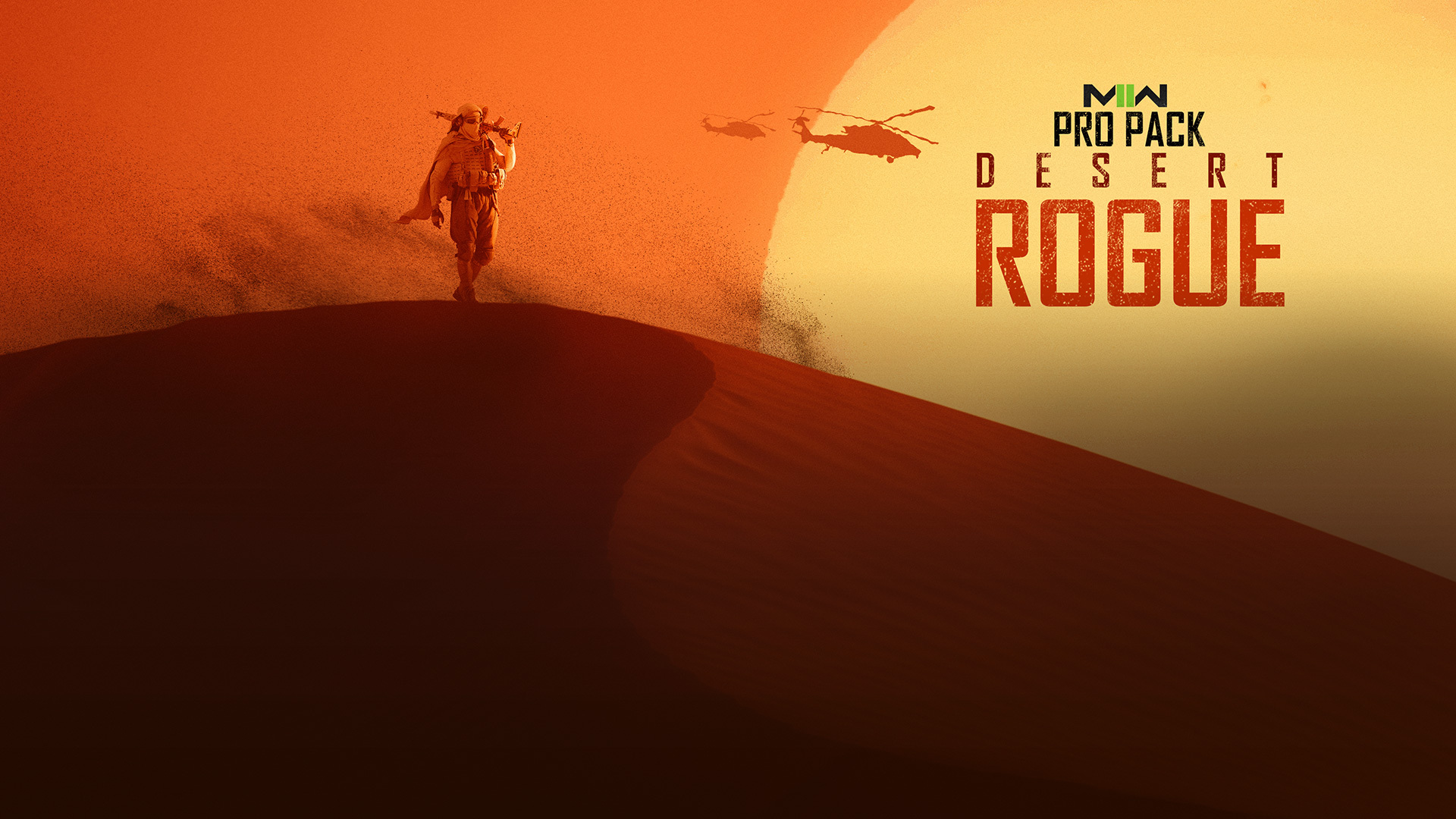 The Battle Pass is not the only place to find new Operator Skins, Weapon Blueprints, and other items to make you look the part of an elite Operator.

Those wanting to tackle Al Mazrah like a true professional should look no further than the Desert Rogue Pro Pack, available in-season for $19.99 or your regional equivalent.

This pack contains the “The Rogue” Operator Skin for Reyes, which is perfect for the most arid conditions out in the field. It also contains two Weapon Blueprints — the “Dust Devil” Rifle and the “Sandstorm” SMG, the latter of which comes with an extended drum magazine for clearing out squads at close range. For additional customization, feel free to slap on the “Desert Death” Sticker, “Red Camel” Weapon Charm, and “Desert Pro” Emblem from this pack.

Like previous Pro Packs, the Desert Rogue Pro Pack also comes with 2,400 CP, enough to purchase another Bundle or get the Battle Pass Bundle for this season. 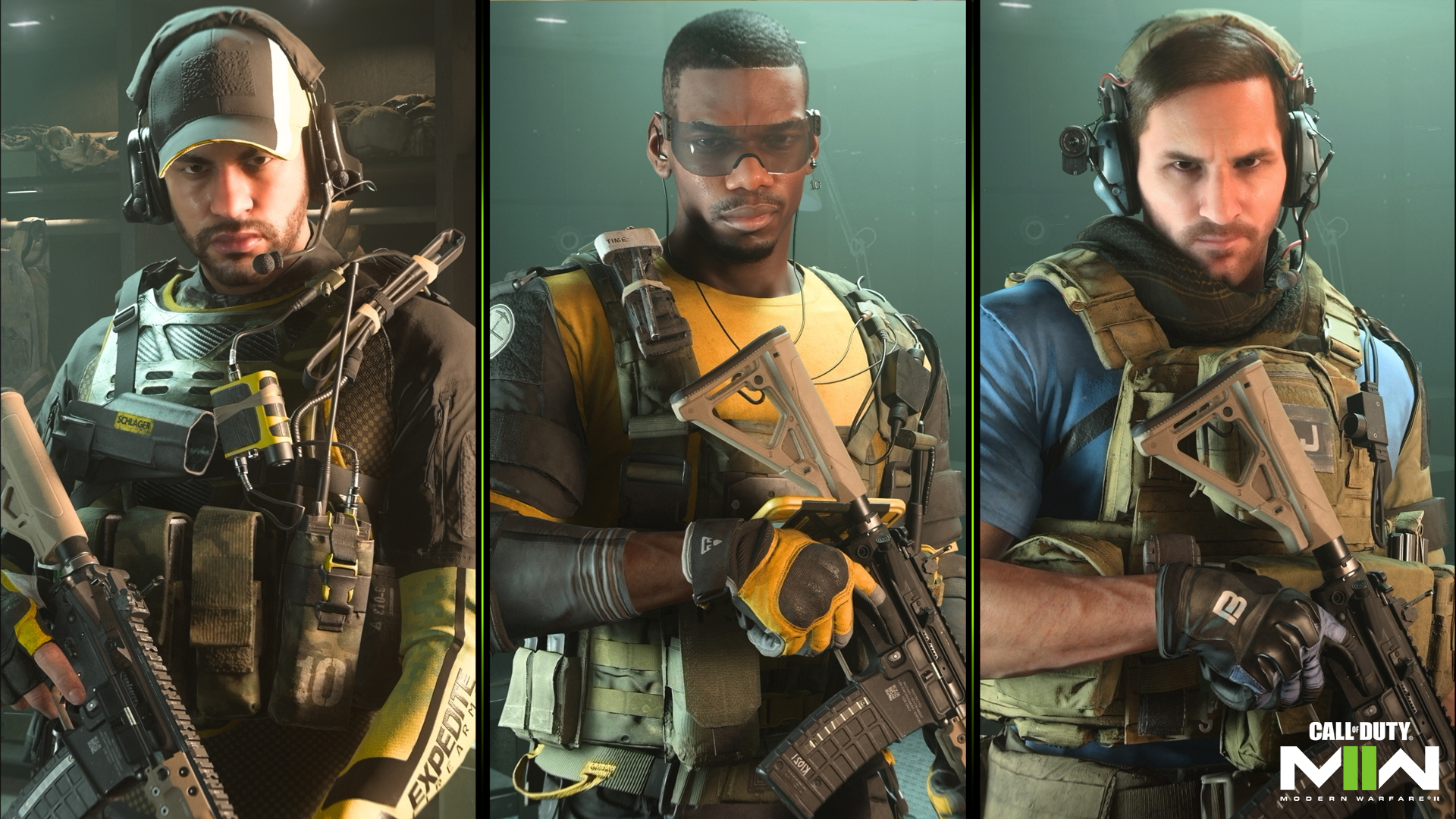 Ready to kick off the Modern Warfare® II FC event during Season 01?

Later in November, you can add three new Operators to your roster: the soccer stars of Modern Warfare II FC.

First up is the fearless Neymar Jr., who will debut on November 21. The Neymar Jr Operator Bundle (Tracer Pack) will include this new Operator in addition to a stealth-minded “The Feared” Weapon Blueprint and the “Longball” Weapon Blueprint, the latter of which is a Battle Rifle meant to lay down some serious fire support.

Next is Paul Pogba, arriving on November 25 in the Tracer Pack: Paul Pogba Operator Bundle. It will unlock the French midfielder as a new playable Operator, as well as grant a “Atomic Flea” Weapon Blueprint meant for silent support and a “Blue Thunder” Weapon Blueprint for getting high shots on target.

Last but not least is the legendary Leo Messi, heading into the Store on November 29 in the Tracer Pack: Messi Operator Bundle. In addition to the Argentine striker as a playable Operator, the Bundle contains two Weapon Blueprints designed for close shots: the sleek “Series A” and the all-around solid “Counter Attack.”

All above Bundles also include a Charm, Vehicle Skin, Sticker, Emblem, and a Finishing Move for each Operator that would be far from class on the real pitch. 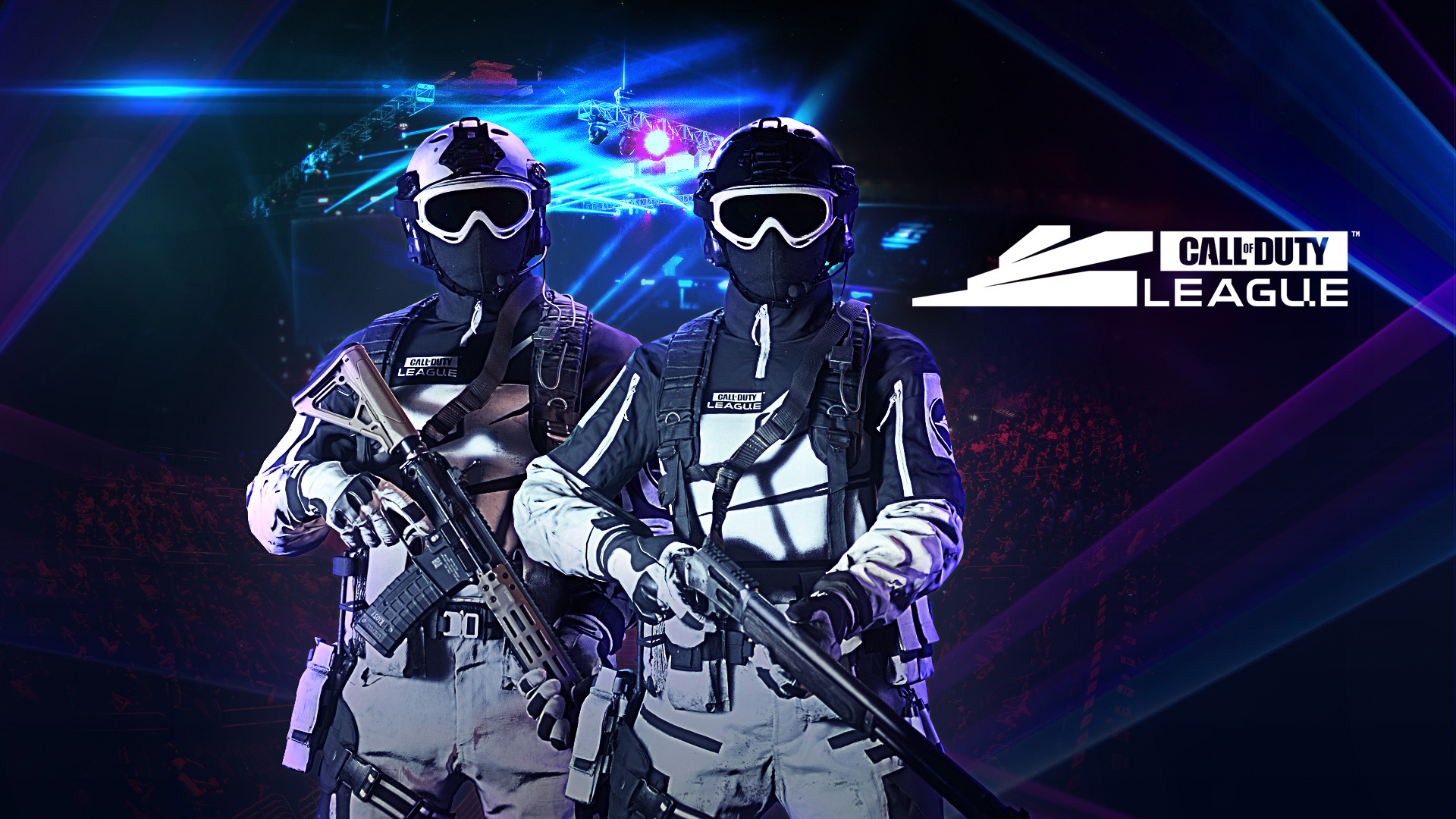 The official Call of Duty League Pack drops on November 16. Drop in and run the map with these refreshed At Home and On the Road Operator skins, a Weapon Camo, Weapon Charms, and more!

You can also show your support for any one of the 12 Call of Duty League teams — or all 12, if you want to be the ultimate bandwagoner — by picking up this year’s CDL Team Packs. These contain the following items all themed to the CDL Team you choose: a Weapon Camo, Male and Female Home and Away Operator Skins, a Vinyl Sticker and a regular Weapon Sticker, an Animated Calling Card, and an Emblem.

Pick these up before the first Major of the season, taking place in Raleigh, North Carolina, on December 15 through December 18.

There is plenty more in (the) Store for Season 01: 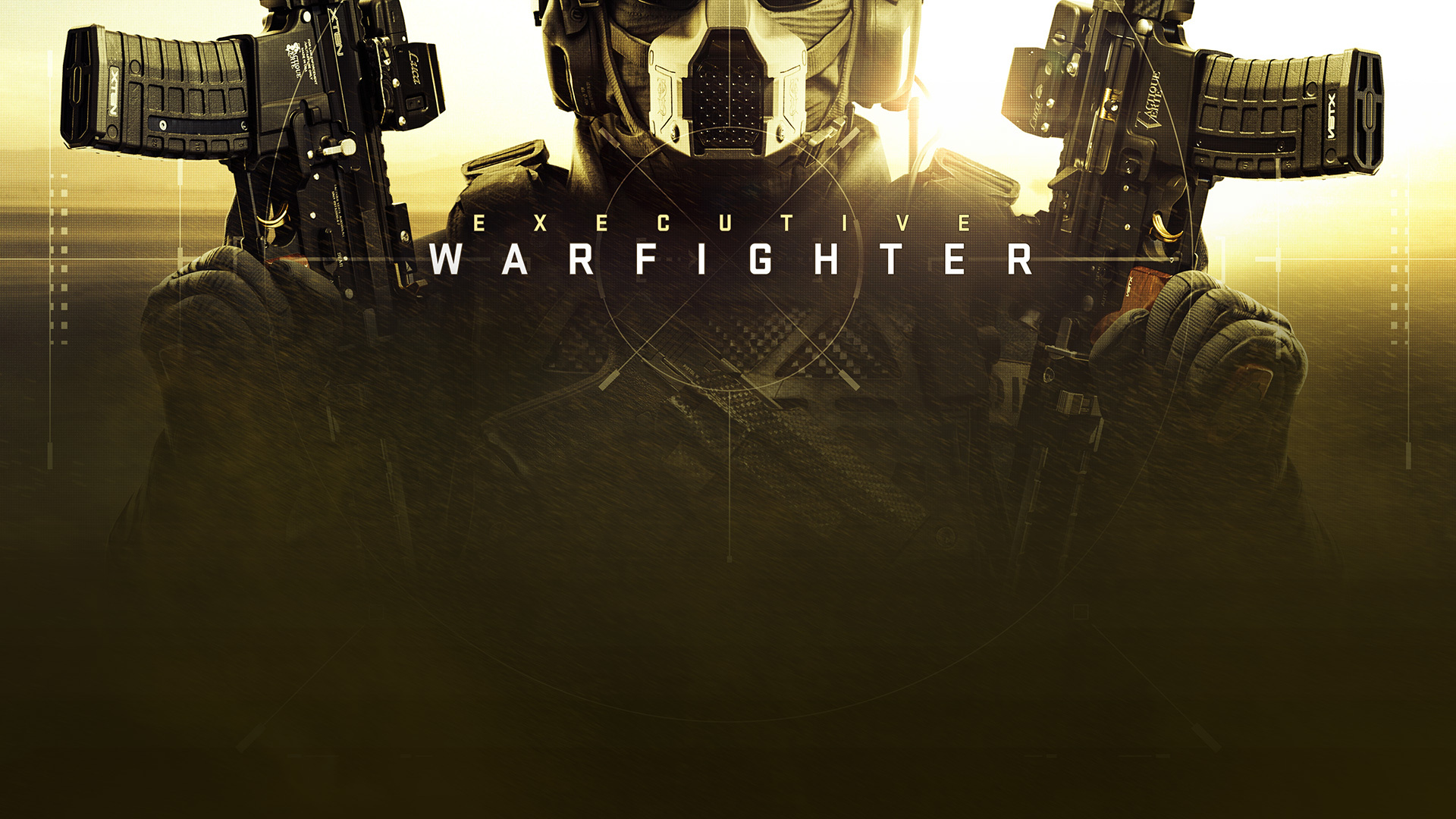 Keeping in theme with some of the other tactical and sleek gear found in the Battle Pass, the Executive Warfighter Bundle is highlighted by a “Carbon Shadow” Operator Skin for Horangi and two Weapon Blueprints.

One of them is the “Short Fuse,” based on the new SMG found in the Battle Pass, and the other is the “Blissful Ignorance,” a silenced Sniper Rifle with serious stopping power. 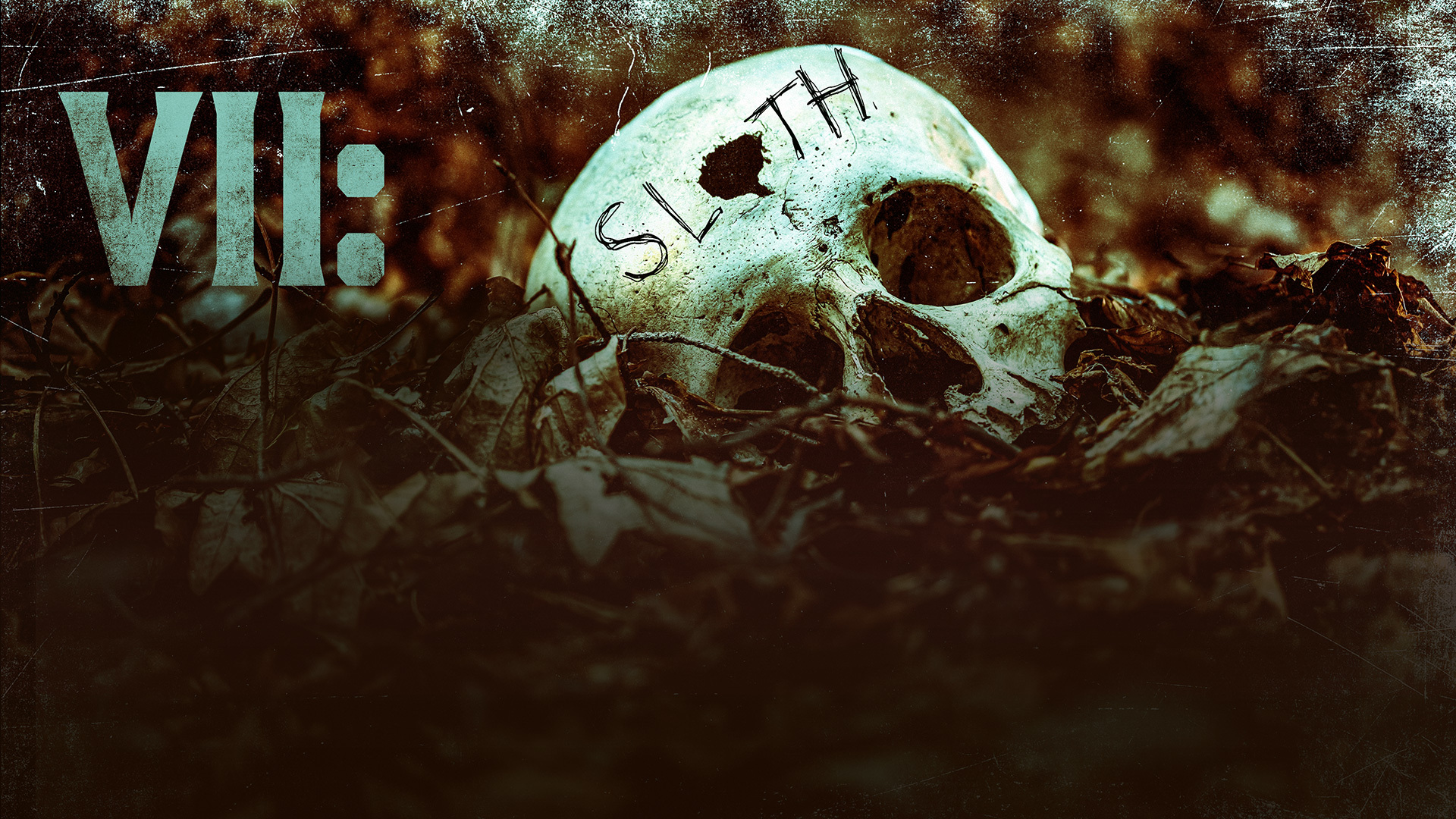 This year, a new set of Bundles to look out for is based on seven devious vices.

Also look for the VII: Greed Bundle during the season.

Prepare to Drop In, Ready Up with Modern Warfare II

Now is a great time to pick up Modern Warfare II before Season 01 kicks off.

Purchase Modern Warfare II to get a premium Warzone 2.0 experience – access to 14 additional Operators to use across both games, as well as accelerated Weapon and Level Progression. As a Modern Warfare II owner, receive bonus XP at the end of each match when you play Warzone 2.0, ensuring that you level just as quickly in both titles.

Plus, as already mentioned, those who own Modern Warfare II will have access to all the content coming in Season 01, including the first ever Raid, arriving mid-season.

Those who want even more benefits should consider upgrading to the Vault Edition, which grants four additional Operators — Ghost, Farah, Price, and Soap — as Red Team 141, the FJX Cinder Weapon Vault, an ultimate version of a Weapon Blueprint with 50+ attachments included, the Season 01 Battle Pass along with 50 Battle Token Tier Skips, and more.