Misinputs is a series created for the community to improve or gain insight into different aspects of New World through other players’ mistakes instead of their own. This installment focuses on Barnacles & Black Powder. We compiled some fun stories from our team and community for a closer look at how players struggled in the recent Expedition.

Producer Nathan Peavy quickly learned that Cursed Treasure was no joke when his group met a swift demise on top of it. Their grave rests at a narrow area of the cave filled with groups of ghosts and enough Cursed Treasure to buy every settlement in Aeternum. Nathan said the trick is to burn the ghosts down as quickly as possible. Wait too long and positioning becomes difficult. 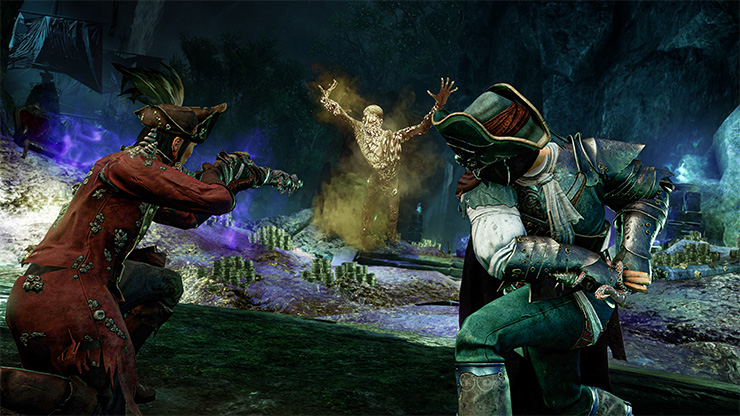 He also left us with a neat behind the scenes tidbit. “The conductor in the arena wasn’t targetable initially and couldn’t be killed,” Nathan said. ”Because of this, every time you left the arena it was as if he was laughing and mocking you as you ran away. We had to put a stop to that!“

“Can I talk about that time in early testing when I couldn’t help but bring the first mob to the entrance and kill everyone who wasn’t properly geared up? And how I will probably never be invited to test with them again?”

“We headed into the caverns, looking for adventure and, of course, treasure and glory. Low and behold, what we found was mayhem and destruction.”

“The bold healer moved forward and ran into not one but two crazy bombers. They ran as fast as they could, but it was no use. In a moment’s time, they were engulfed in a searing golden flame, and the party screamed out.”

‘Move now you only have a moment!’

“In a fit of rage, they all ran forward and struck down the healer, the explosion echoing in the cavern walls.”

“An echo was all that remained, that and some ashes from the fallen comrade. The Angry Earth consumes, the Angry Earth takes away, and in its place something new is born.“ 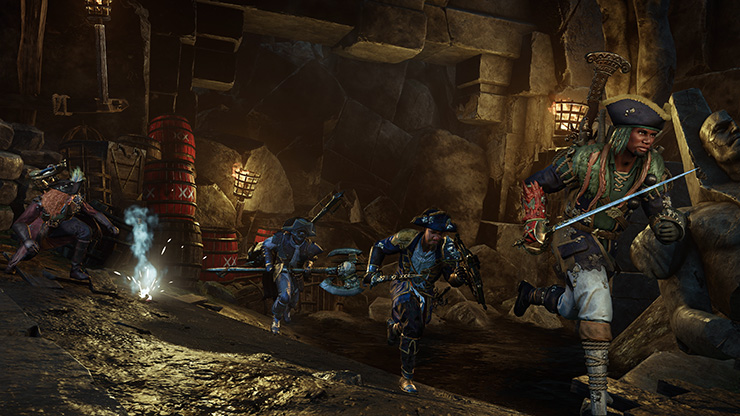 “When we first saw the kamikaze rushers after the gator boss, we figured no worries, just Gravity Well or Ice Wall them, let them blow up, and move on. Well, we didn’t know the power of their blast. Two of them exploded and then we thought the third was dead. We continued on until the healer bolted ahead of us. We started yelling at him to stop. Then all of a sudden, KABOOM! Wiped all of us but the healer.”

Other players like Eeicoke instead showed off their achievements: 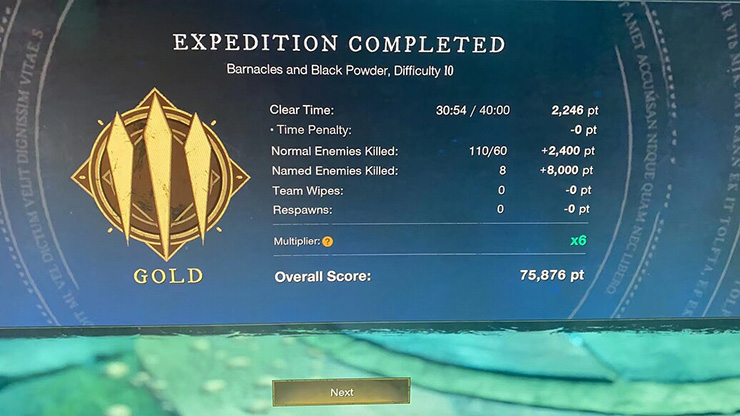 Join the conversation for a chance to be featured in future community content or explore Tales of Aeternum for relevant lore. Thanks for your support. See you in Aeternum!