Ready to replace your old beaters with a fresh pair of wheels? Look no further! These new designs will fit right alongside your favorite deadstock decals.

Slip into a pair today! 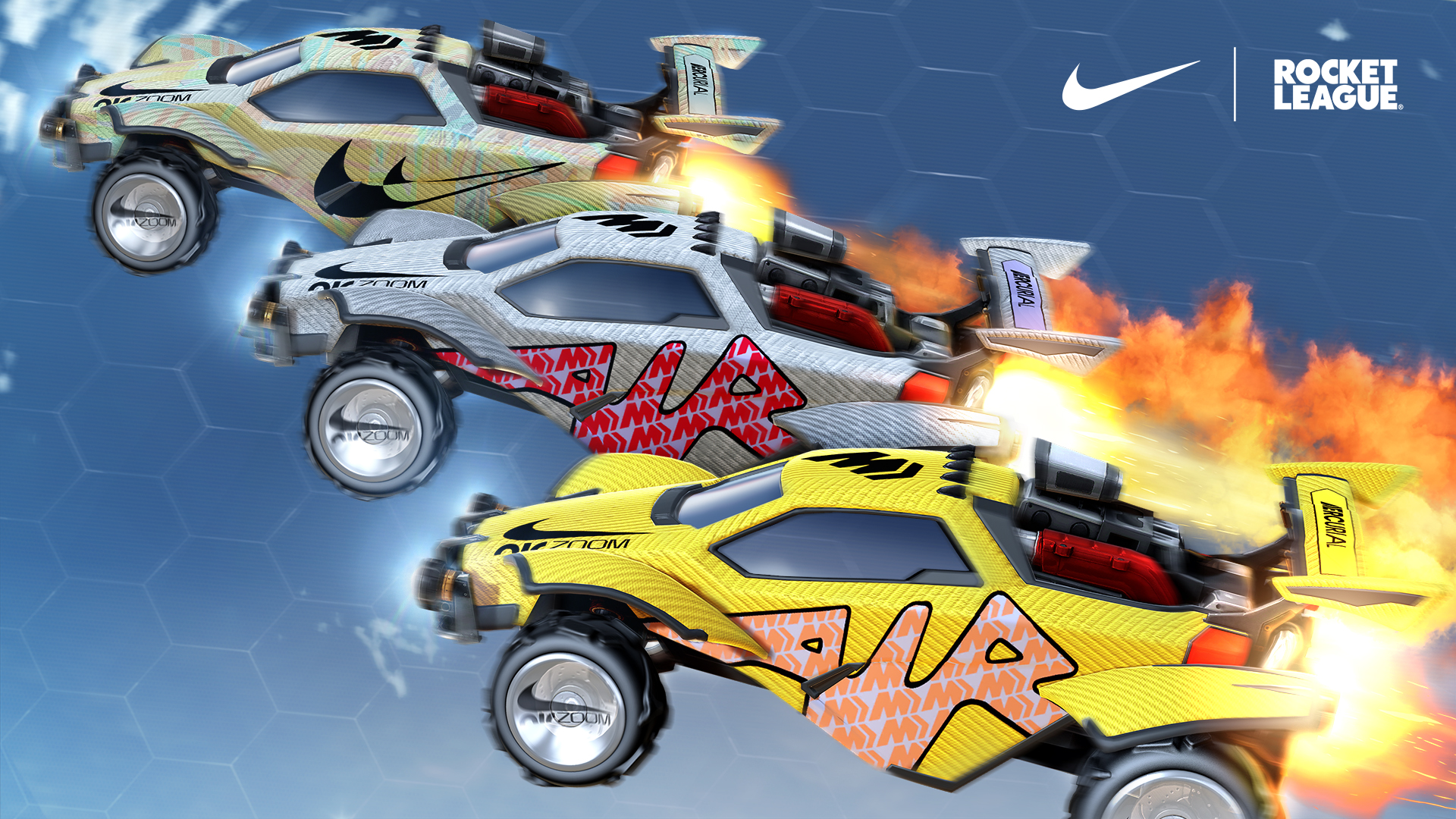 Time to Lace Up

Whether you call them a soccer cleat or football boot, each Mercurial shoe is designed to bring top performance to the pitch. The in-game Rocket League kicks are just as slick as the real thing, with the AIR mark across the side, plus the famous NIKE Swoosh across the hood.

These Nike Air Zoom Mercurial Decals are very much the real deal. A realistic Nike Flyknit texture adds a lifelike touch to each design, making them a must for any collector’s Garage. Completing the look are the Nike Air Zoom Mercurial Wheels. They won’t actually increase traction in-game, but you can imagine the grip with advanced placebo technology!

Love free stuff? Cop the Nike Air Zoom Mercurial Player Banner in the Item Shop and rep your favorite footwear brand from the street to the Arena.

On July 22, get ready for the Nike Air Zoom Mercurial Invitational! The event begins at 10 a.m PDT and will be hosted by Musty, Retals, and Roll Dizz, with four teams competing in a single-elimination bracket for the win.