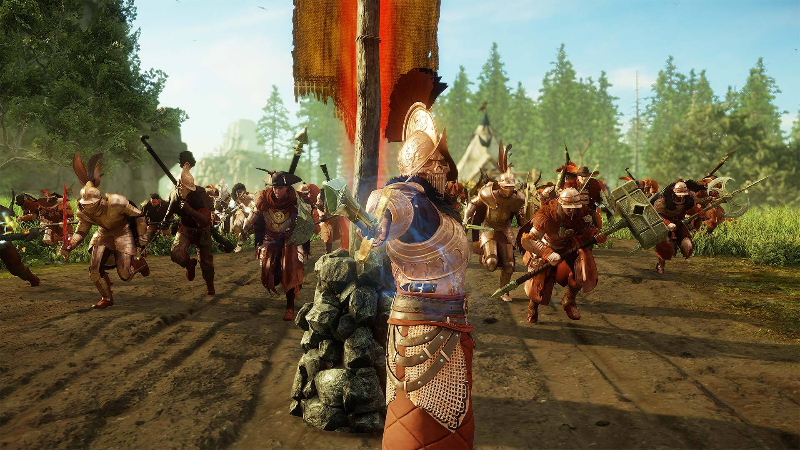 Before diving into the details and announcement, we’d like to extend another thank you to everyone who participated in our Closed Beta. We’re humbled by the wonderful response, and extremely thankful for all the ways players across the globe have helped us prepare for launch. We still have some work to do before releasing New World on September 28, and the Closed Beta has helped immeasurably by testing our servers, helping us find bugs, providing us with a ton of constructive feedback, and granting many more key learnings to help our team prepare and adjust.

During Closed Beta, we ran into both server issues and over-population resulting in queue times, preventing some players from being able to experience the danger and beauty found in Aeternum. To ensure that everyone has a chance to experience New World ahead of our September 28 launch, we’re excited to announce that we will be holding an Open Beta test. The Open Beta test will utilize Steam’s new Playtest feature, which allows all interested players in our supported regions to request access to the test, for free. Servers will be available in North America, Europe, Australia and South America.

What languages is the Open Beta available in?
The Open Beta test will be available in English, French, German, Italian, Spanish (Spain & LATAM), Polish, and Brazilian Portuguese.

Will my Open Beta progress be carried over to launch?
No, there will be a progress wipe between Open Beta and launch.

What has changed in New World between Closed Beta and Open Beta?
Patch notes will be available on our official forums at the start of the test.

Will I need to download a new version of New World?
Yes, you will need to request access to the Open Beta client through the Steam Playtest tool, on the New World Steam page.

If you participated in the New World Alpha test, pay attention to your email! Leading up to Open Beta we will be hosting closed, technical tests. These tests are confidential, under NDA, and not available to be recorded, streamed, or shared. Previous Alpha testers may receive an invite to participate in these tests at the email address they used to register for the New World Alpha test. Details for these tests will be communicated within the email.

Thank you! See you in Aeternum soon!