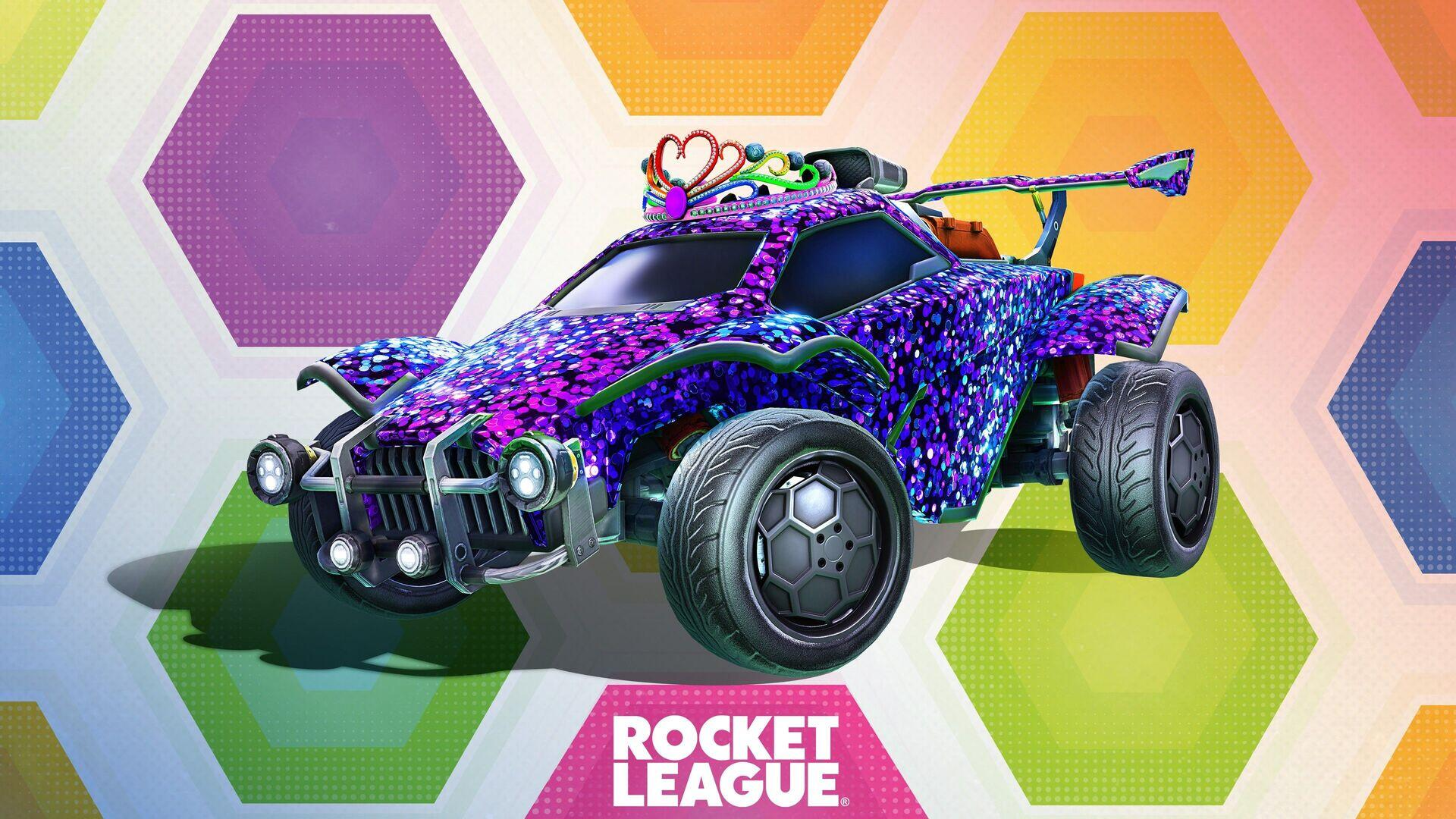 At Psyonix, Pride Month is a time for joy. Many of our talented team are proud members of the community⁠—including the person writing this! While everyone has their own unique connections to Pride, you’re invited to join our Rocket League celebration with a Free Shine Through Bundle in the Item Shop!

In addition to a delicious Sequin Paint Finish and rainbow Tiara: Multichrome Topper, players can pick up four certified bangers sung by modern drag icons! The songs will be available both as free Player Anthems in the Item Shop and on Rocket League Radio in a playlist called Shine Through. The tunes and Bundle will be available June 15 through July 12.

Shine Through Bundle
INSIDE THE MUSIC

Drag has been an important, inclusive method of self-expression during Pride going back to the event’s formative years. The art form has grown through the decades, with many modern queens reaching pop-star-level popularity. Let’s look at the majestic artists featured this month!

Trixie Mattel is one of the world’s premiere plasticine queens with a look as playful as her namesake. The multi-talented singer of “Hello, Hello” is best known for an electric personality both in and out of drag. Trixie’s upcoming album, “The Blonde & Pink Albums” comes out on June 24 and can be pre-saved here.

Before the meteoric rise of drag in the late 2010s, Conchita Wurst made worldwide headlines for winning 2014’s Eurovision contest with her song “Rise Like a Phoenix.” Today this bearded diva sells out shows across the world.

After his appearance on American Idol, Todrick Hall’s dance hit “Lover Boy” certified him as a staple of any club’s playlist. An incredibly prolific singer, choreographer, and YouTuber, this Broadway star is the definition of a triple threat.

Claim the Shine Through Bundle for free June 15 – July 12.