Welcome to the second part of the solo combo article. If you haven’t read the previous article – we encourage you to read it! 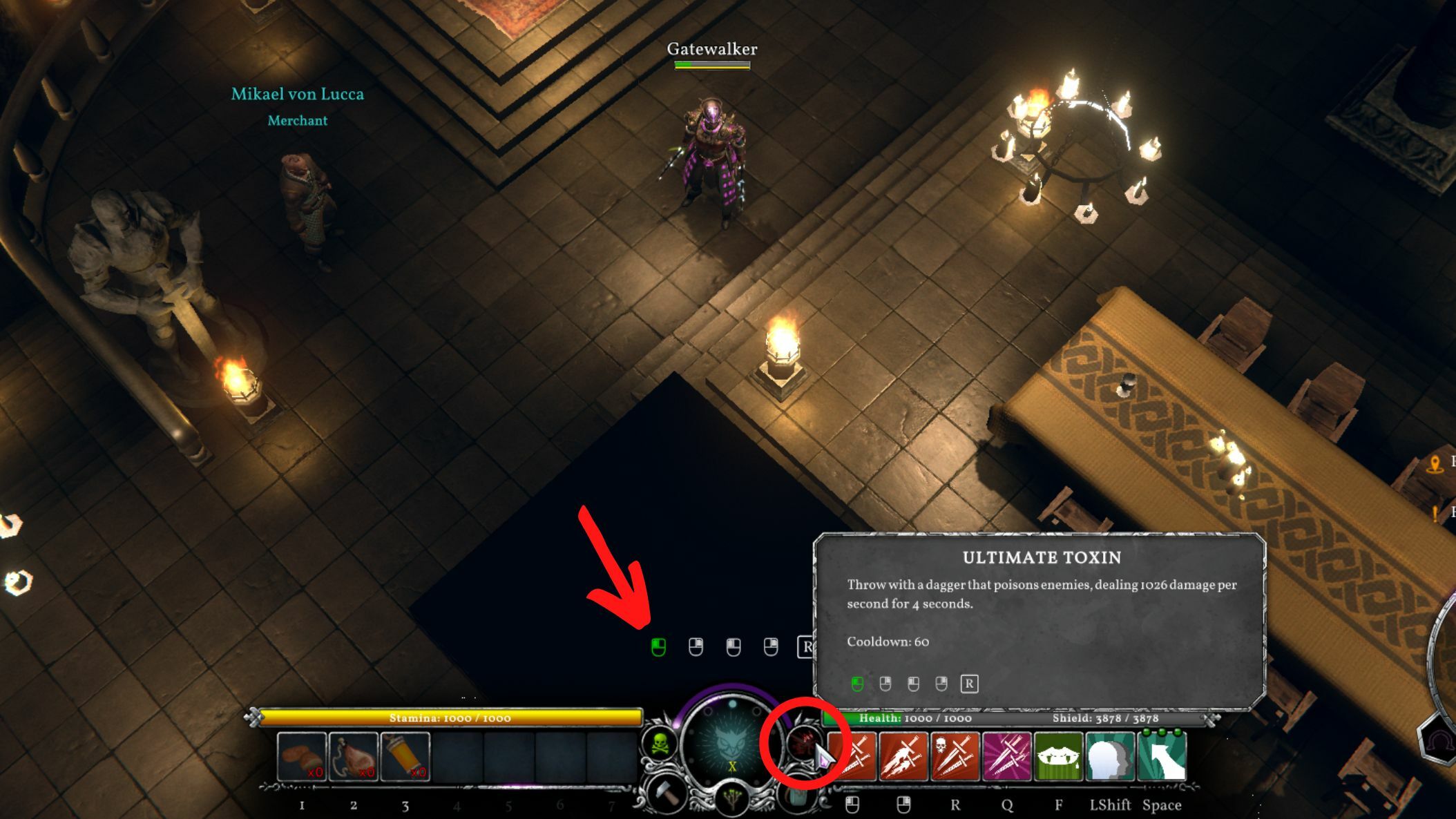 Then you have to fight using the correct sequence of skills, and the solo combo will appear automatically: 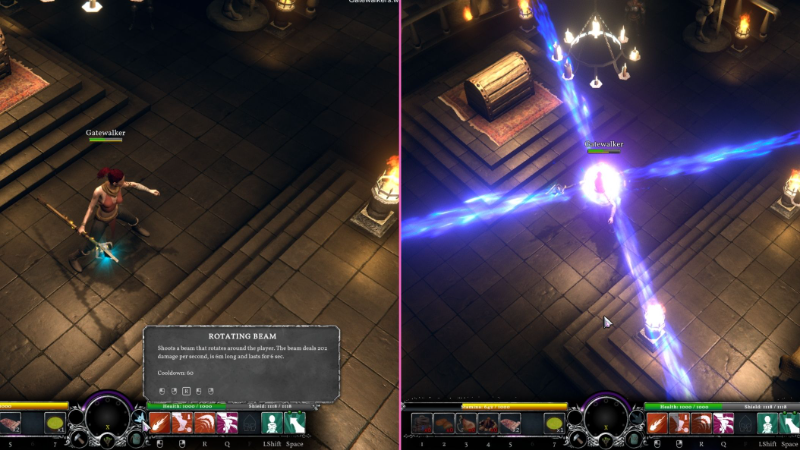 Epic/Legendary weapons are game-changers for Gatewalkers. Solo combos have completely different, much more powerful abilities than the usual player abilities. They deal a lot of damage to enemies within a wide range, and many more! Some solo combos focus on damage, some on restoring shield, every weapon deals different bonuses, etc. It is worth knowing the capabilities of each weapon in advance and choosing the one that suits your tactics. Both epic and legendary versions of a given weapon share the same solo combo, but the legendary version is stronger.

Below are examples of solo combos with descriptions.

Warhammer (Stunning Aura – Four bursts of energy striking 2 sec. Apart. Each burst deals 777 damage to all enemies in a 7m radius and stuns all enemies for 0,5 sec.)

Qubic (Orbital Strike – Every 2 sec. For 4 sec. shoots a laser within a 10 m. radius from the player. Each meteor creates AOE that deals 800 damage in a 2 m. radius)

Light Energy Catalyst (Pillar of Light – All allies in a 7m. radius get 25% shield restoration per second, the effect lasts 5 sec.)

Great Sword (Etheral Guardians – Every ally within 10 m. range summons 2 energy orbs that will continue to orbit around them for 6 sec. Orbs grant 50% to movement speed. Contact with the enemy dissipates the orb’s energy dealing 1166 damage to the target and restoring the owner’s shield by 442)

Great Hammer (Sky Rage – Meteor rain every second for 4 sec. 3 meteors fall within the radius of 10 m. from the player. Each meteor creates AOE which deals 700 damage in a 2 m. radius)

Battle Axe (Predecessor Axe – Summons the predecessor axe which spins in a 2 m. range around the player. It deals 1366 damage per second and lasts for 10 seconds)

Note: The figures provided are examples only. The range and/or damage value can increase with the higher tier of the weapon.

What do you think about the weapons and their solo combos? We tried to make them unique, but also effective! Which weapon would you like to try the most?

Share your impressions on Discord! We are always happy to read your comments and reply to them.