Welcome to your second lesson. I’m Elana, and I’ll tell you a little bit more of the two humanoid races you can meet behind the Gate – Surians and Volarians. Who are they, and what do they do?

Let’s start with a story.

While traveling beyond the Gate, Gatewalkers saw all kinds of monsters. Creatures were so terrible and dangerous that they made the blood run cold. That’s why Gatewalkers were surprised the first time when they reached the Surian village in the Forest world. 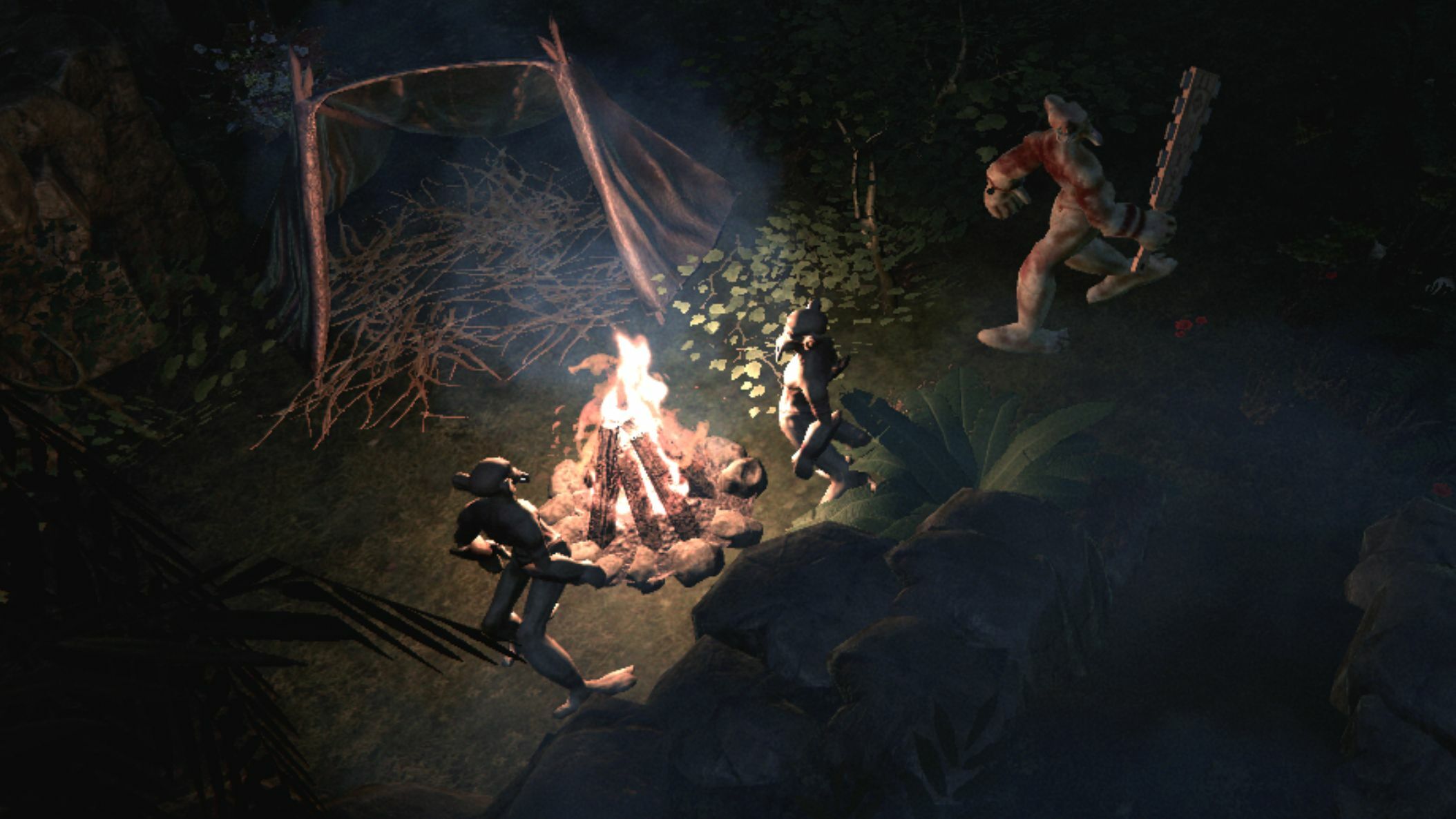 They saw a village resembling a human camp. There were huts, tables, and various items. At first, they thought that some people lived there until they saw Surians. They looked strange but also moved on two legs. Thanks to careful observation, Gatewalkers noticed that Surians were writing a lot, painted pictures on stones, and worshiped some gods. Also, they decorated their homes and sewed clothing. Interestingly, they liked to grill fish, mushrooms, and monkeybat ears. The Surian race resembled humans in many ways, but… A lot of Gatewalkers who spied on Surians never returned to the Guild. What happened to them? Nothing was certain, but the Guild started to treat them like enemies. 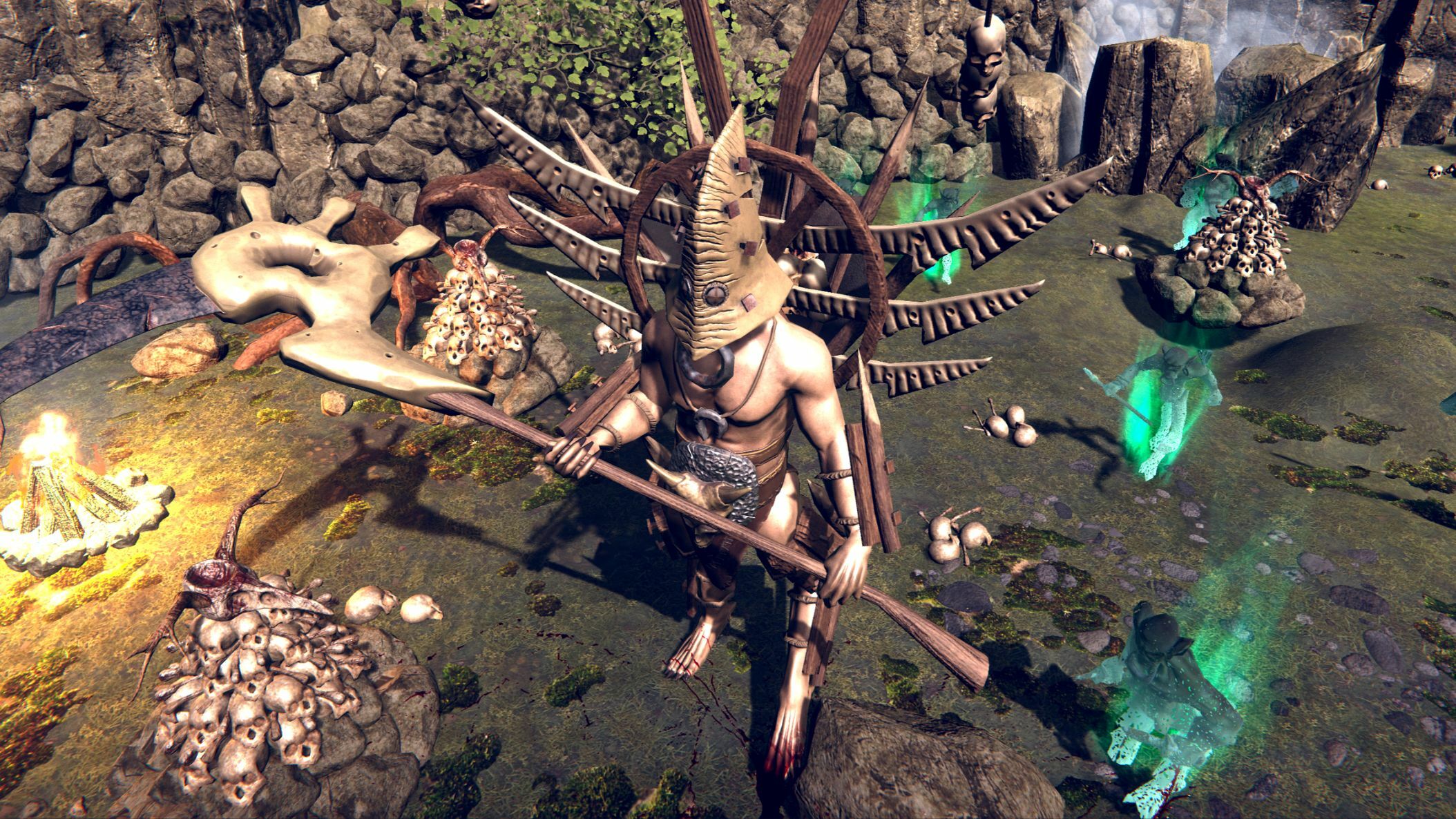 Moreover, Surians seem truly dangerous – they can use Ancient technology. We docoded their language, and their knowledge about technology, plants, or illnesses is enormous. It soon became obvious that Surians are also traveling through the Gate! A while ago, some of the guild scouts reported that small groups of Surian soldiers are moving in the Ice World. We started to worry more and more about our safety. Some Surian tribes seem to be visiting the Ice World very frequently. They abandoned the traditional Surian look and have been seen wearing warm furry coats… 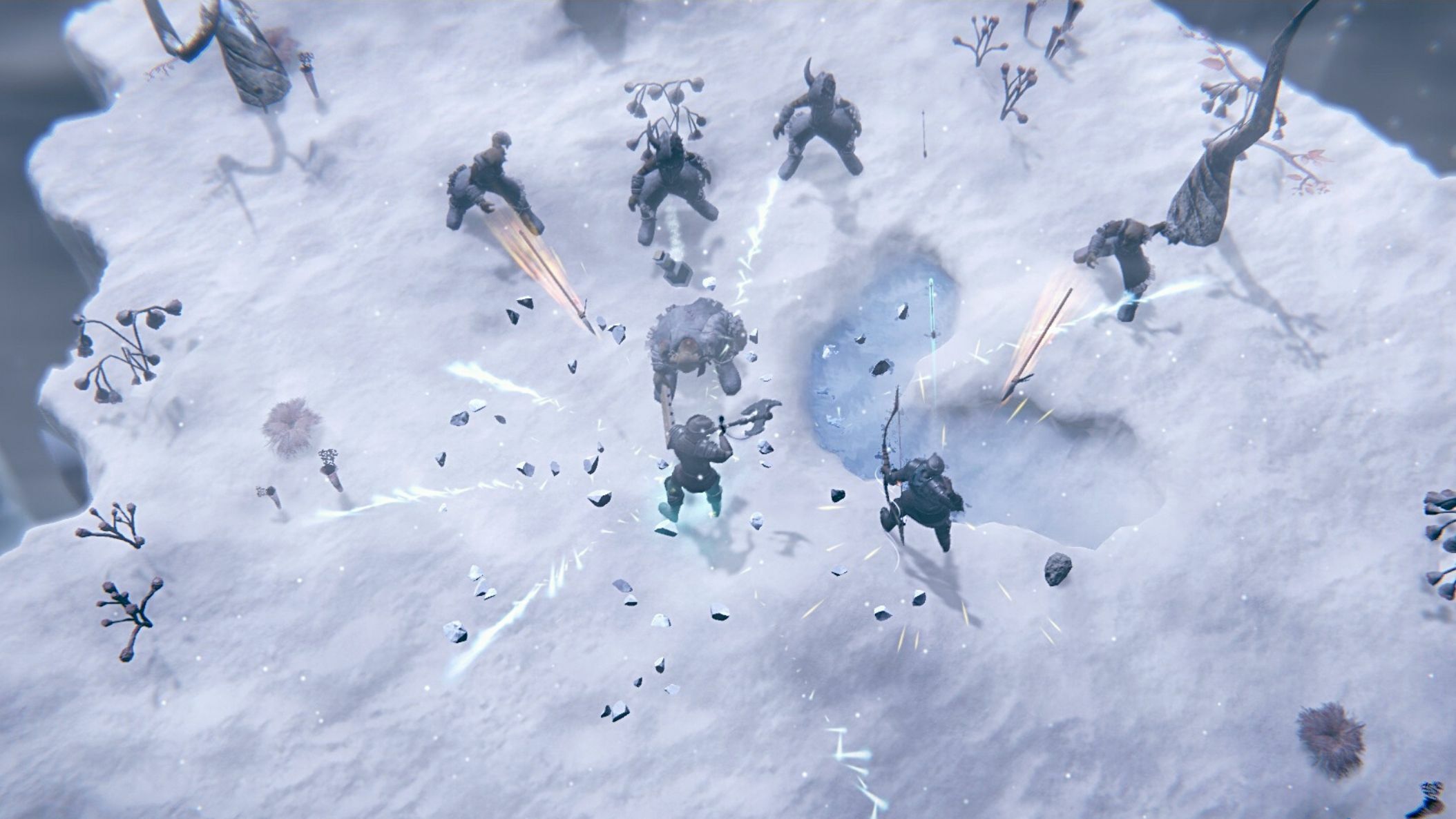 Recent discoveries show that they have developed new abilities, and they also have a shaman – who produces complex energy explosions, which shatter ice and create a myriad of sharp ice shards. That’s why, you need to be very careful when you see a Surian!

The Volarian race was discovered much later – they live in the world of Sky Rocks. At first, they were not considered a humanoid race at all. They resemble giant, almost prehistoric birds. Only after a few expeditions it was noticed that they live in clusters and their body composition – if not for enormous wings – resembles those of humans. Volarians fly very fast and move efficiently, they also use bridges. Our guess is that they have built the drawbridges between the rocks – maybe flying is more tiring for them than walking? 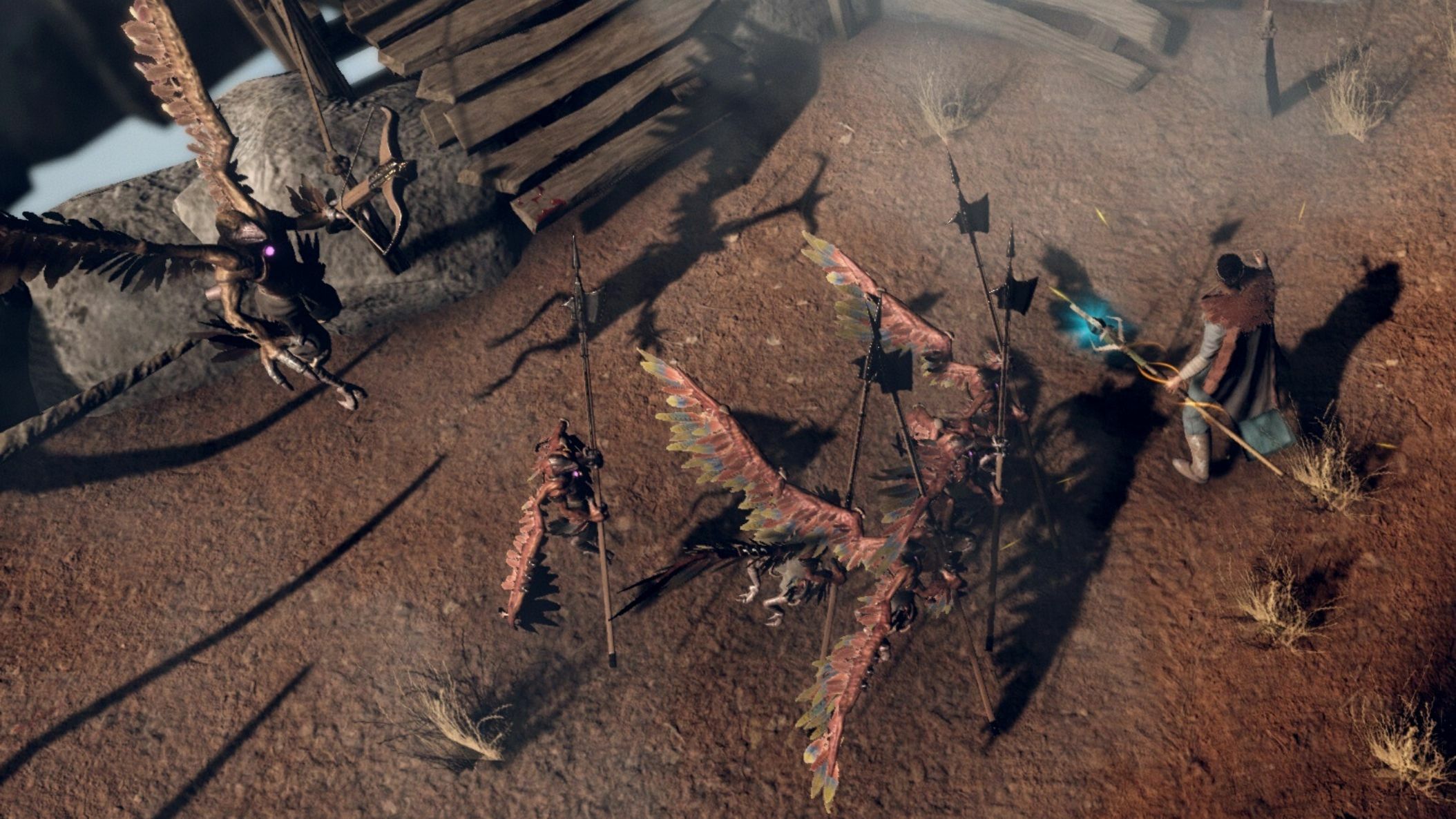 Anyway, Volarians don’t sleep in nests but live in old windmills. You can find many of them in Sky Rocks. Did Volarians build them? We are not sure… Observing them became even more interesting when it was discovered how technologically advanced they are. In addition to developing advanced weaponry, they have been able to master some of the machines of the Ancients! Interestingly, unlike Surians, scouts noticed no cult objects or cultural elements. On the other hand, the hierarchy in their society is clearly visible – the Volarians adhere strictly to it. 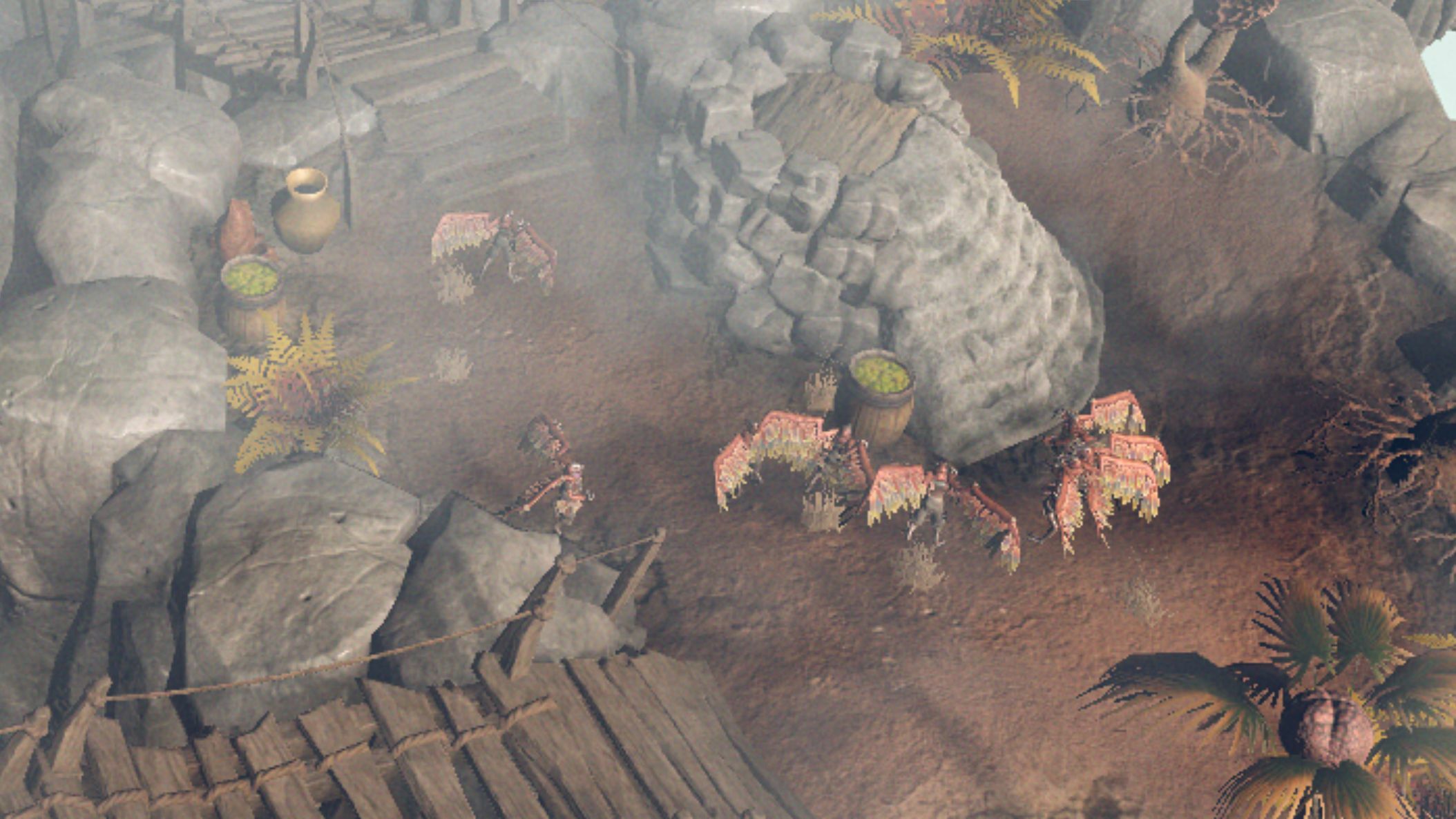 Volarians are fast and aggressive. They even talk very little to each other, and their language is swift and slurred. Though it was possible to find some records in their language, they do not appear to be keeping books. Also, unlike Surians, they don’t grill food but rather eat raw meat of creatures they breed – like plant turtles. 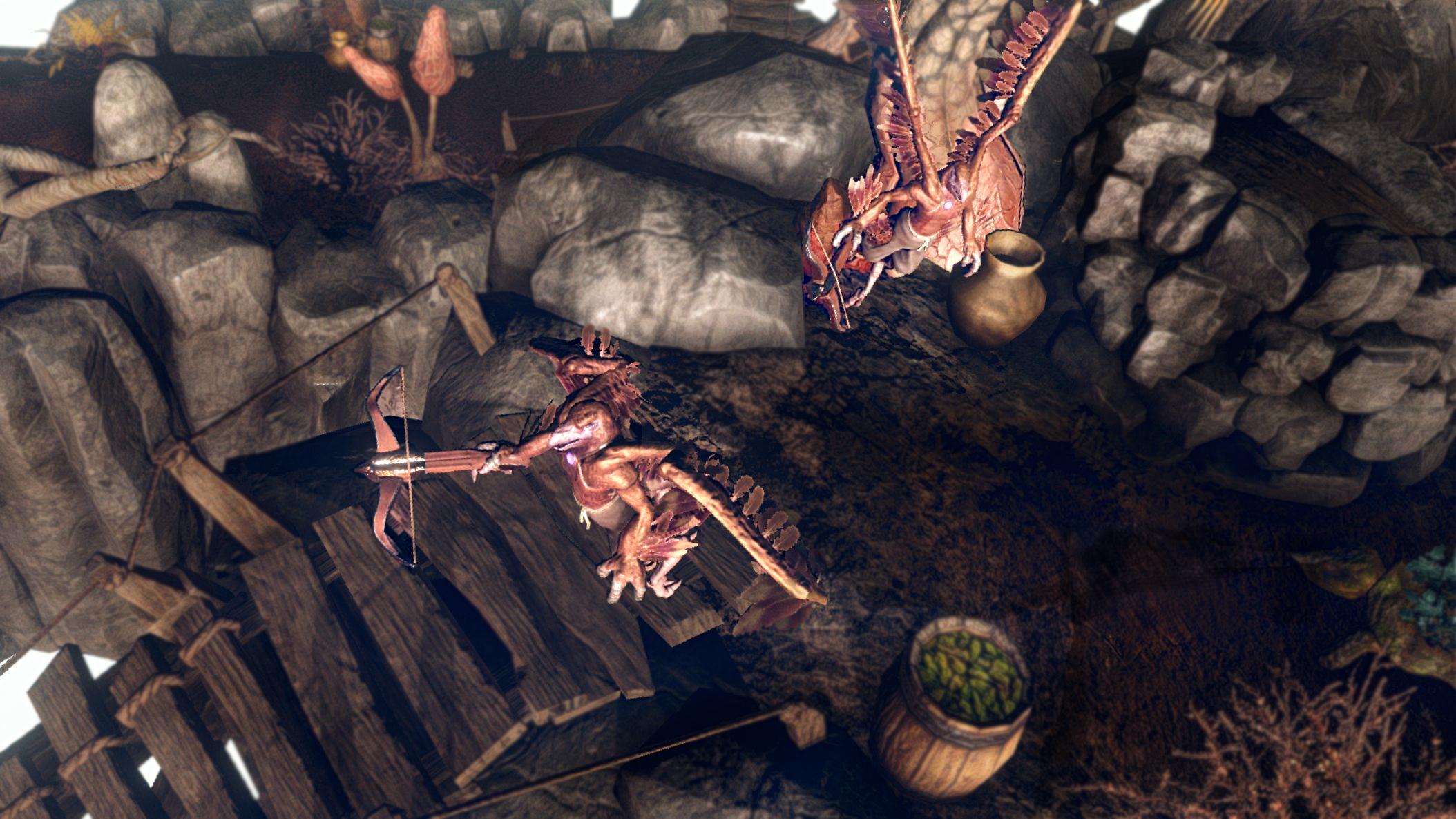 Advanced technology and Volarians’ impulsive nature are an explosive combo, so you should be especially cautious when traveling through the Sky Rocks! Volarians do not like watching or retreating when they see a human. They attack right away, and they often travel in groups.

Did you like today’s lesson? If you have any questions or suggestions, someone in the Guild will always listen to you. Just ask a question here:

Thank you for being with me all this time, Gatewalker! Let’s see each other in the next lesson! So, until next time!