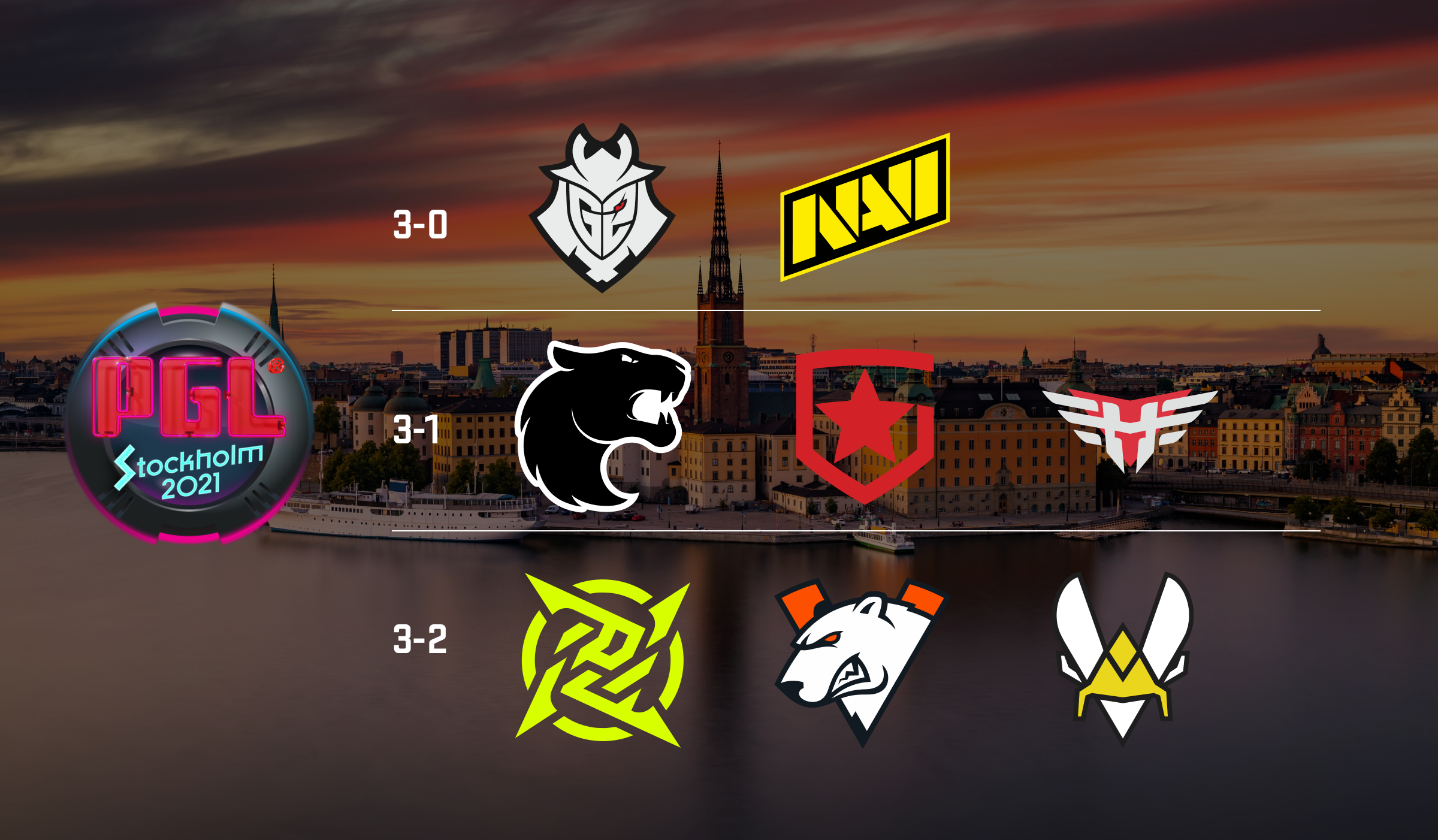 The Legends Stage of the PGL Stockholm Major has concluded and the Champions Stage teams have been decided!

Of the 8 teams advancing to the Champions Stage 2 are Challengers—Heroic and Virtus.pro:

The Champions Stage begins Thursday, November 4th and Pick’Ems are due prior to the first match starting. Team items are available here with 50% of the proceeds going to teams and organizations taking part in the Major.

For the first time in two years a CS:GO Major will be played in front of a live audience. Avicii Arena in Stockholm, Sweden will host the 8 finalists all competing to become Major Champions.