Tips From Aeternum features expert insight from your favorite New World content creators. We’re joined by Twitch streamers Baggins and Danneh for some tips on the Greatsword. This powerful, two-handed blade offers a highly customizable playstyle through unique stances. Explore its playstyle, builds, and gameplay to more effectively slash your way across the eternal isle.

Danneh recalled his first time wielding the Greatsword at a Brimstone Sands preview event. “I had a duel with a friend and basically one-shot him as he was in his DPS light build, boom,” Danneh said. “It has some fantastic animations and really makes you feel like a badass.”

He went on to describe the Greatsword as an in your face weapon worth trying even if the stances do not appeal to you. “The great thing about New World is that your character can use any weapon, at any time,” Danneh said. “Okay, you might not have the perfect build or stats, but it really is fun. Usually you find people really enjoying weapons that they never thought they would.” 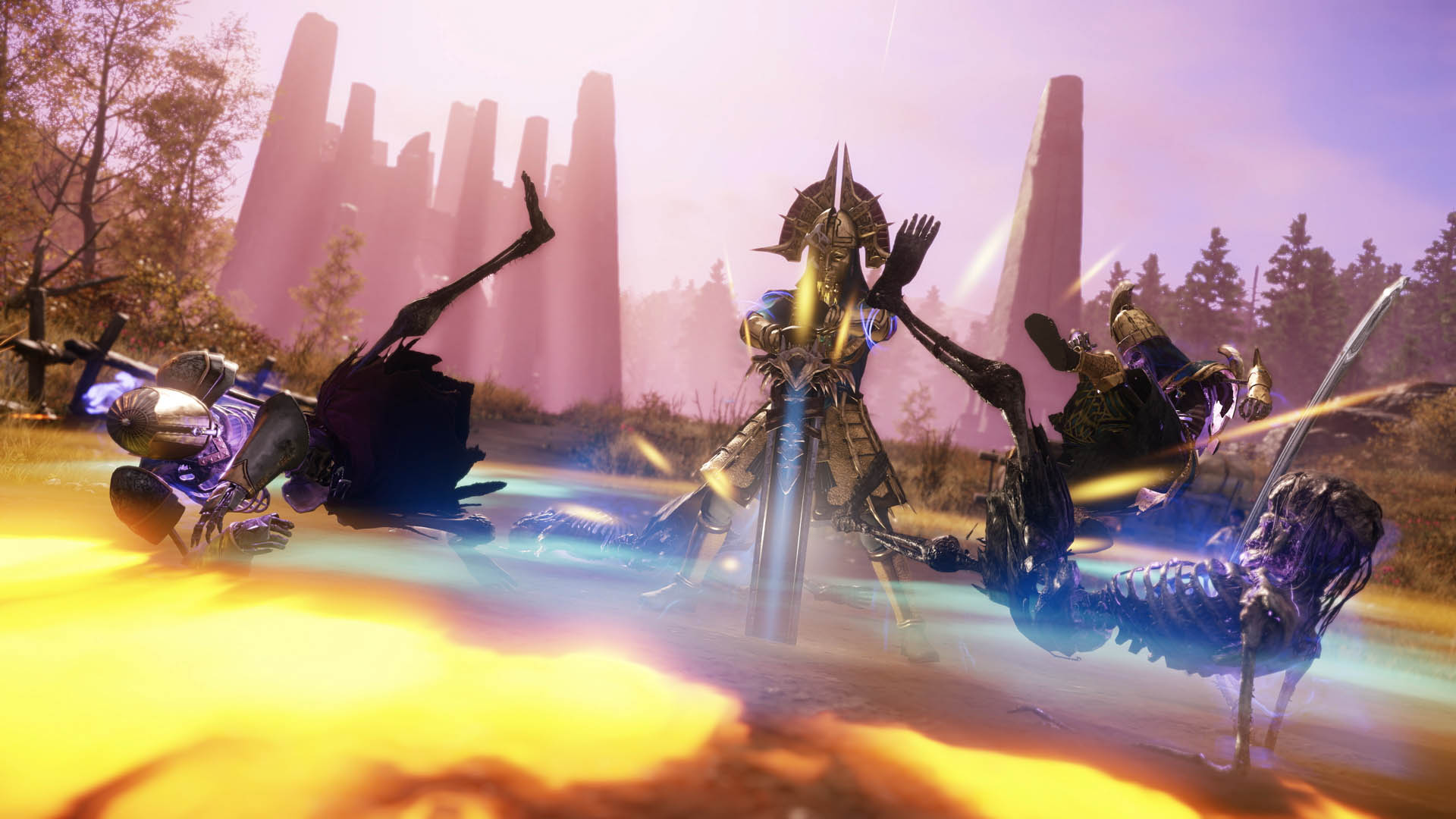 Weapon gems, perks, and attributes are often the difference between a successful Elite Chest Run and a trip back to the nearest Shine. Baggins shared a few of his favorite tips to help you survive.

“Because the Greatsword scales equally with Strength and Dexterity, it pairs excellently with any one-handed, two-handed, or ranged weapon in New World,” Baggins said. “A general rule of thumb I would give is to focus more on Strength when pairing with a melee weapon, and Dexterity when pairing with a ranged weapon. Exceptions to this include the Rapier and Blunderbuss, which follow the reverse rule.”

“Energizing Calamity Counter or Leeching Crosscut are excellent perks to obtain as they will increase your survivability in a major way, providing either a big boost to stamina or health respectively,” Baggins said. “If you’re more of a PvP Orientated player, Calamity Counter will likely be more beneficial for you, whereas more PvE orientated players will find Leeching Crosscut a great option to keep their health topped off while fighting.”

“Because the Greatsword has such excellent stamina management and regeneration passives, consider trying a Jasper Gem in place of the usual Opal that is common in many other weapon builds,” Baggins said. “You may find the criteria of simply taking damage (Jasper) easier than keeping your stamina bar low (Opal).” 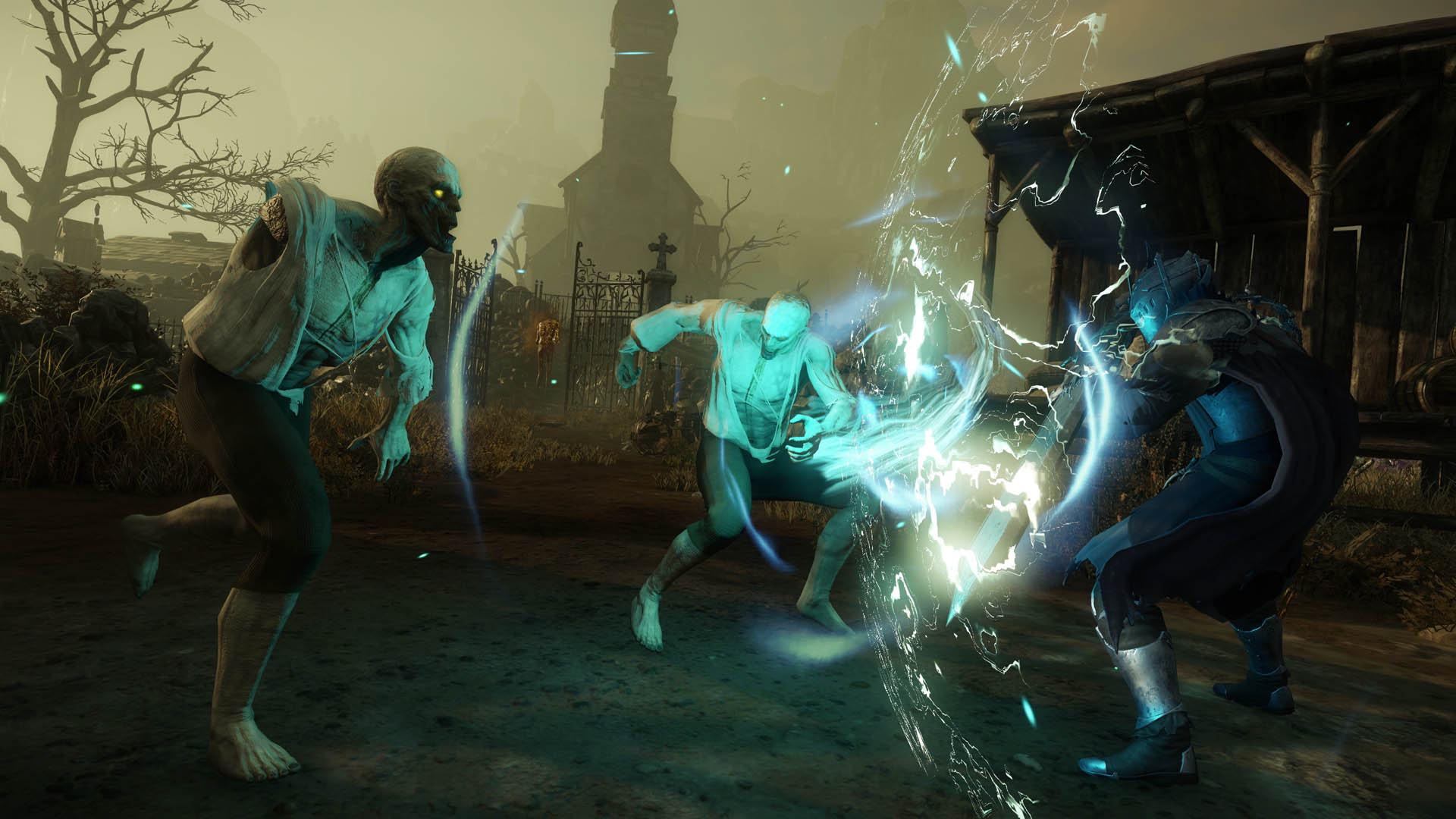 According to the Design Team, proficient Greatsword players will constantly switch stances depending on the situation — tanking enemy damage via the defensive stance when targeted, and letting loose through the offensive stance when their aggro is gone. However, using the wrong stance at the wrong time means either dealing less damage or losing large chunks of health.

Stances last a limited amount of time and can typically only be entered with skills, meaning that there is an opportunity cost to switching. The most successful players will time their positions, strategies, and attacks based on when their current stance will end.

For Danneh, versatility is one of the Greatsword’s most distinct traits, allowing for very diverse builds and playstyles. Many of the current weapons compliment it well, but if he had to choose one, he’d pick the Sword and Shield.

“The Sword and Shield is something I personally enjoy playing and it’s the main tank weapon combo,” Danneh said. “Tanks have had it pretty tough for a while. Now, thanks to the Greatsword there’s a solid option for more than just survivability. I think we’ll see some pretty defensive builds with a little bit of burst damage to make things more interesting.” 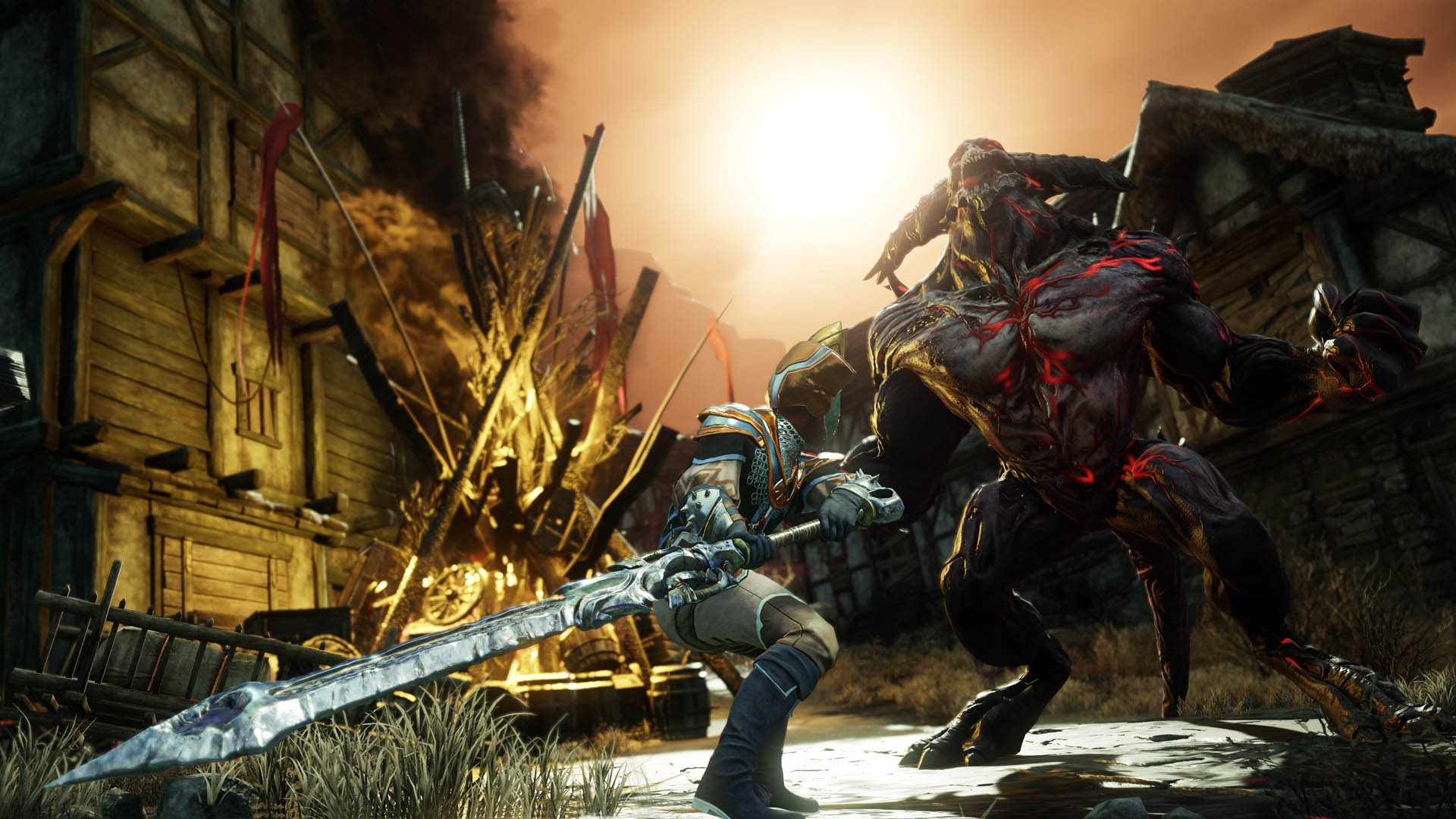 Every Greatsword light or heavy attack does large area of effect slashing damage except the first heavy attack, which has a smaller hitbox,“ Baggins said. ”Because of this I recommend starting your attack chain combo with a light attack, followed by two heavy attacks. Repeat when fighting large groups of enemies.“

“If you’re using the Defiance Side of the Greatsword Skill Tree, make sure to block,” Baggins said. “The Faultless Defender and Arrow Deflection passives reward blocking. The Greatsword also has the highest block stability of any weapon other than the Shield, making it one of the better weapons to pair with Heavy Armor.”

PRACTICE AND ASK FOR HELP

“Don’t be afraid to ask other players if they have any advice for your particular build or the content you are playing,” Danneh said. “Most people are really friendly. On top of that, of course, practice and training. If you have a few bad moments with it, don’t give up. Keep using it and you’ll get better and better!” 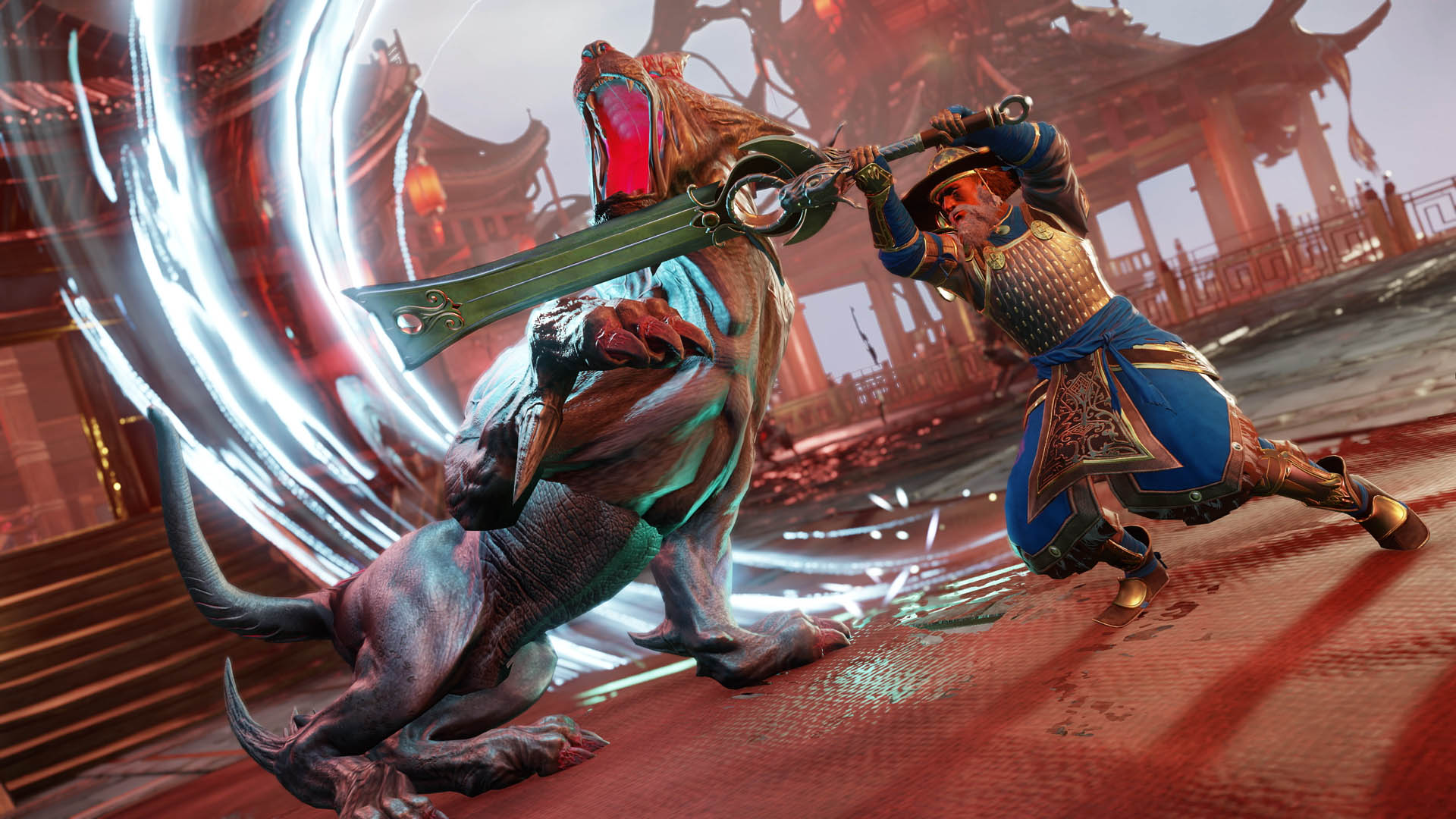 Let us know your favorite Greatsword tactics on the forums. You can also check out our Greatsword showcase for a behind the scenes look at the blade’s development.